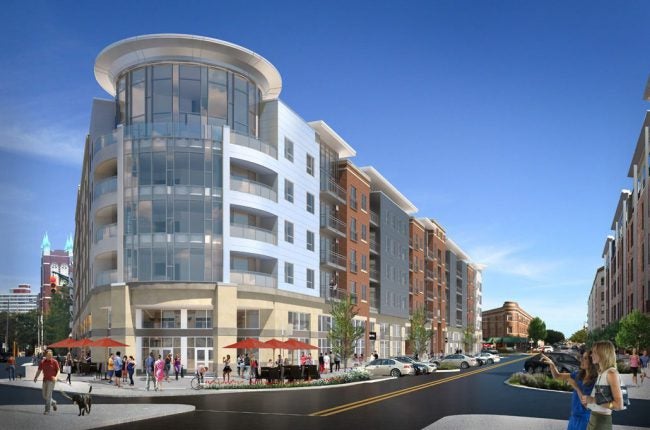 INDIANAPOLIS (WISH) – Construction on a long-stalled apartment complex is about to begin.

The project was once known as Montage on Mass. It’s now Penrose on Mass.

“Its exciting to get new places that look a little better than the old ones,” said Skyler Rouhselang, who rents downtown.

The project will be built where the old Indianapolis Fire Department used to have its headquarters.

This project is now over 6 years in the making. They had problems getting approval from the city and the neighborhood.

“With all the new people that seem to be moving to the city I think it’s good for us to have more options for people where to live,” said Rouhselang.

The complex will have 236 apartments, 40,000 square feet retail space and nearly 400 parking spaces.

Architects had wanted a digital canvas to project artwork. But after push back from the Indianapolis Historic Preservation Commission and nearby homeowners, that plan has been abandoned.

“We’ve certainly been surprised by the increase in density over the last five years. We wouldn’t have predicted to see this number of rental units come online year after year,” said Mark Nottingham, the owner of Nottingham Realty Group.

Over 1,500 apartments are in the construction or design phase in and around downtown. Nottingham says while the current housing stock may seem robust, it’s lackluster compared to years ago, before people fled to the suburbs.

“Center Township (downtown) is not yet back to it’s peak population from a couple decades ago, so as a market, our area can clearly sustain more density than it currently has,” said Nottingham.

Nottingham says the increase in construction should improve the neighborhoods as a whole.

“The amenities that people downtown want to see are more attainable as we see density increase. So you see restaurants, parks, great schools, these things tend to accumulate around dense populations,” he said

He says developers are reporting steady rental and occupancy rates. He says while there may be some overbuilding, more people are moving downtown than leaving.

“Not a fear of this mass exodus leaving us with hundreds of units unoccupied,” he said.

Demolition is expected to begin shortly.