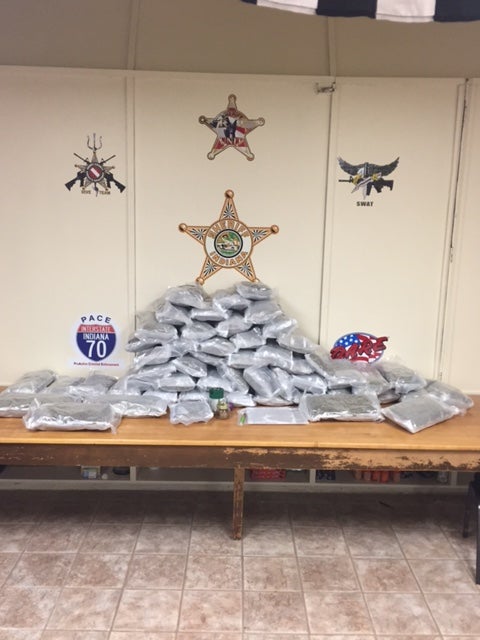 HENRY COUNTY, Ind. (WISH) – An Oregon man was arrested during a traffic stop Wednesday after Henry County police say he was dealing marijuana.

Goodwin said he detected a strong odor of marijuana from the car. He called for PACE team partner K-9 Deputy Nick Ernstes of the Hancock County Sheriff’s Department to assist him.

Deputy Ernstes administered a probable cause search of the vehicle and found over 45 large, vacuum-sealed bags of high-grade marijuana. According to police, Goodwin and Deputy Ernstes also found a bag that contained about two ounces of hash paste and found two THC vape-style electronic cigarettes in Larkin’s pockets. Larkin had a loaded handgun with him as well.

The marijuana seized by police is said to have a street value of $200,000.

Larkin was taken to the Henry County Jail on preliminary level 5 felony charges of dealing marijuana.