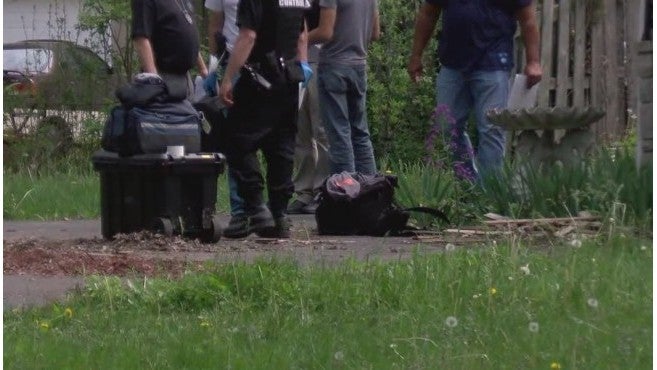 Officers removed more than 700 birds from two properties, one in Waveland in Montgomery County and the other in Avon in Hendricks County. Authorities say the Avon homeowner had been in contact with the Waveland operation but could not say if the two are connected.

In a row outside a white van, boxes each contained a bird, likely a rooster. More than 600 were taken from Waveland and about 150 from Avon.

Authorities with the Indiana Gaming Commission did not know if cockfighting was taking place but said it was likely.

“Raising an animal for fighting is illegal in Indiana. We don’t have to have the contest to make our case,” said Rob Townsend, superintendent of law enforcement for the Indiana Gaming Commission.

But, according to Katherine Destreza of the American Society for the Prevention of Cruelty to Animals, they have evidence.

“Gaffs, knives, implements that they attach to the legs for fighting, different medications and supplements meant to enhance the bird’s performance,” Destreza said.

The sharp objects are meant to maximize injuries including punctured lungs and broken bones, according to the American Society for the Prevention of Cruelty to Animals. ASPCA will give the birds temporary shelter and they will also receive a full medical exam. However, according to Destreza, most will be euthanized due to disease.

“Typically, we’ll see that these birds have parasites like mites, might be sick, may have disease. We have to test for diseases,” she said.

Authorities are asking neighbors who suspect something to speak up before it gets to this point.

“If there is more than one rooster around, if there is 20, 30, 40, 50 roosters around, that’s probably a clue that we are interested in,” Townsend said.

There are no suspects and no arrests at this time; however, authorities have identified two people of interest. Authorities on Wednesday were not releasing their names.