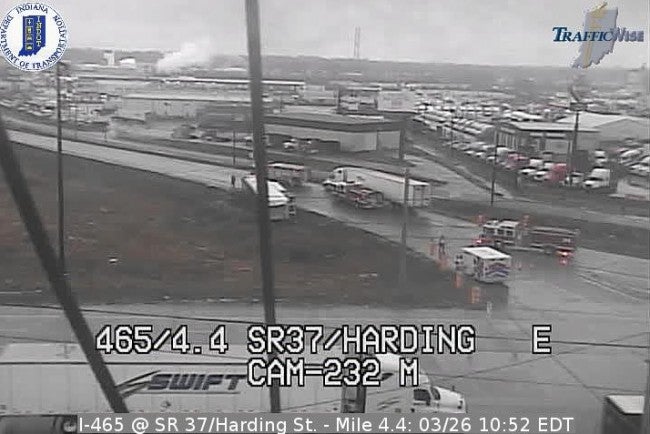 INDIANAPOLIS (WISH) – An overturned semi caused some traffic issues on the south side of Indianapolis late Thursday morning.

It happened around 10:45 a.m. near eastbound Interstate 465 and Harding Street.

Officials with the Indianapolis Metropolitan Police Department said officers were shutting down northbound Harding Street at the eastbound Interstate 465 ramp so that crews could remove the semi.

It wasn’t immediately clear how long that closure would be in place. Police also said there was an injury at the scene, but that it didn’t appear to be serious.