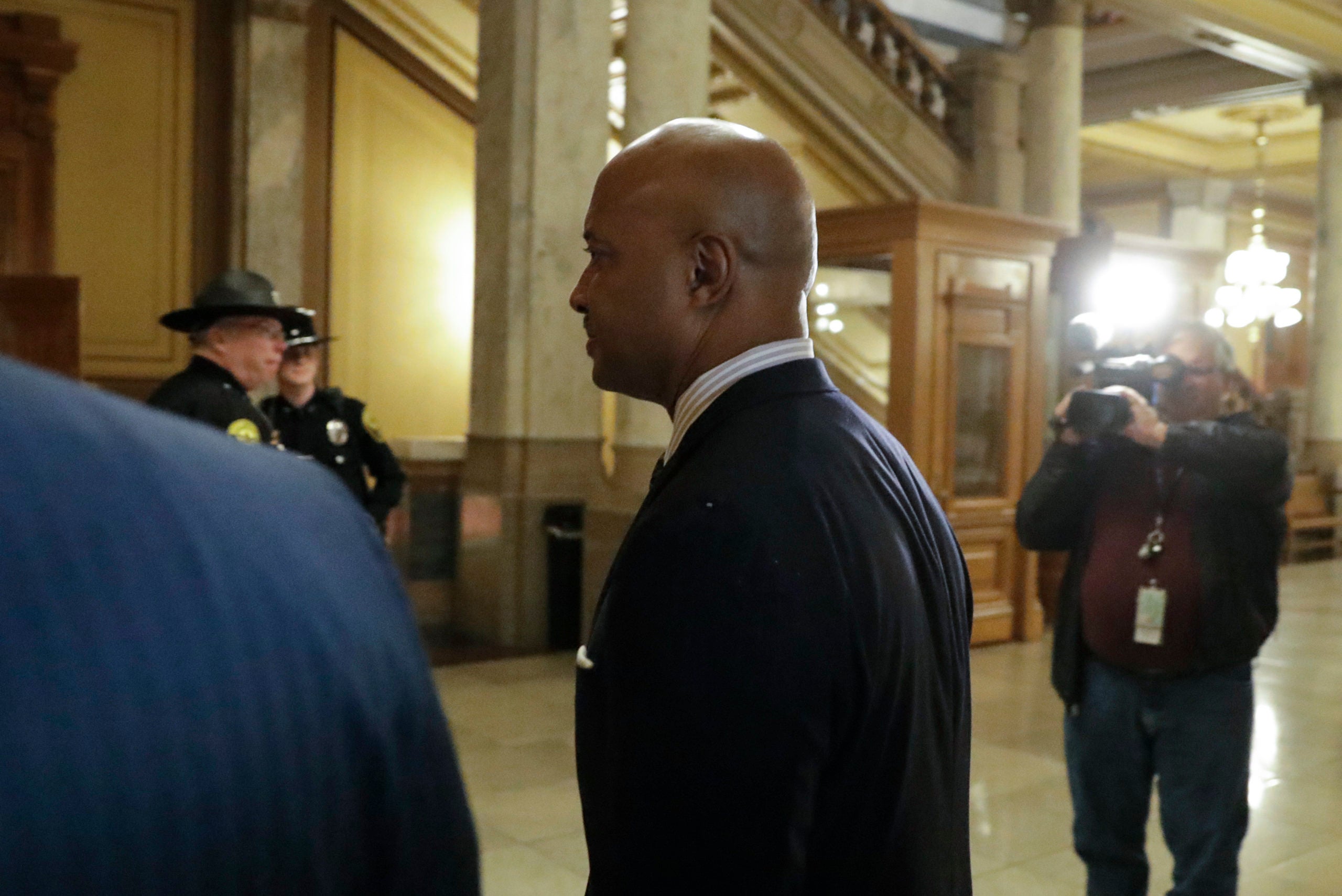 Indiana's Attorney General Curtis Hill arrives for a hearing at the state Supreme Court in the Statehouse, Monday, Oct. 21, 2019, in Indianapolis. Hill faces a hearing over whether allegations that he drunkenly groped four women at a bar amounted to professional misconduct. (AP Photo/Darron Cummings)
by:
Posted: Oct 22, 2019 / 11:03 AM EST / Updated: Oct 22, 2019 / 11:03 AM EST

INDIANAPOLIS (AP) — A second day of testimony has started in Indiana Attorney General Curtis Hill’s professional misconduct hearing over allegations that he drunkenly groped four women at a bar.

Some legislative aides are being questioned Tuesday about what they saw Hill do during a party celebrating the 2018 legislative session’s conclusion.

Their testimony comes a day after Rep. Mara Candelaria Reardon and three female legislative staffers described what they called unwelcomed and inappropriate touching of their backs or buttocks and sexual comments by Hill.

Their testimony before a former state Supreme Court justice opened the hearing that could last up to a week and lead to the Supreme Court ordering punishment ranging from a reprimand to stripping Hill of his law license.