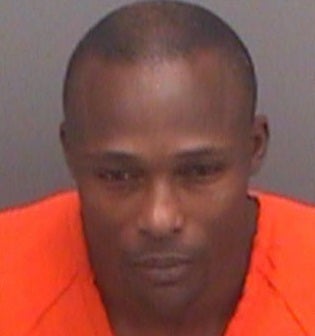 ST. PETERSBURG, Fla. (WFLA) – A man who was wanted for molesting children was arrested Monday morning after police say he broke into a woman’s home while she was sleeping and then peeped into the home of another woman. Police said he was wearing a SpongeBob SquarePants jacket and shoes during the break-ins.

Police say a woman was asleep on her couch and awakened to find a man wearing SpongeBob SquarePants clothing standing over her. The man ran from the house as the woman called police.

At 7:35 a.m., a man was observed looking through the window of a home where a woman was getting dressed for work. As officers arrived in the area, the man ran and was chased by officers to the nearby yard. The man attempted to hide in a trash can to avoid being caught. He was located by officers and arrested.

Police say Kirkland was also wanted for two counts of lewd & lascivious molestation on a child under the age of 12 from an incident on Jan. 22. The two children did not know Kirkland prior to the incident.

Detectives believe there could be more victims.