Pike HS student in custody after gun found in vehicle 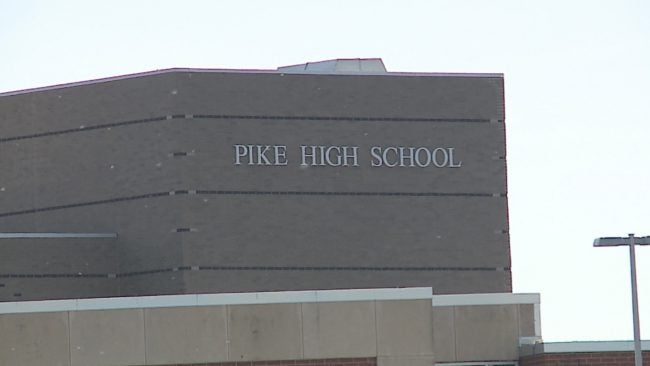 INDIANAPOLIS (WISH) — A Pike High School student was taken into custody and charged Tuesday after the district says school police discovered a gun in a vehicle. It’s the second gun reported found by school police at the high school in less than a month.

School police found the gun in a locked vehicle on the high school’s campus while investigating suspect marijuana use, the district said.

The student legally owned the gun and had a valid license to carry, the district said. The district did not say whether the gun was loaded.

On Feb. 5, school police investigating suspected vape use found a handgun in the backpack of a student. That gun was confiscated and the student was taken into custody, the district said.

“The Pike Police Department discovered a gun in a locked vehicle on the Pike High School campus while conducting a search related to suspected marijuana use. Although the gun was legally owned by the student with a valid license to carry, the person was charged and taken into custody.”