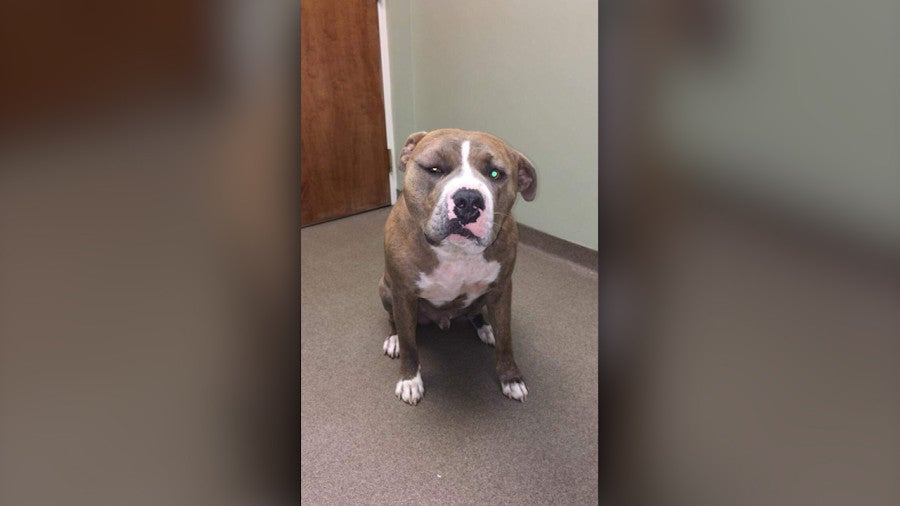 Haley McCormack was headed inside her home after work and said she didn’t see the copperhead snake that was lurking near her front porch.

“As I pass the corner of my front porch, the snake is already recoiled back,” McCormack explained. “Arlo lunged out and actually grabbed it by its tail.”

Her pit bull, Arlo, killed the copperhead snake before it could bite her. While trying to kill the snake, McCormack said Arlo suffered at least three bites to his face.

Within minutes, Arlo’s face and neck started to swell and his breathing became heavy.

The dog was rushed to the emergency vet and doctors adminstered antivenom.

Dr. Whitney Long with Nashville Veterinary Specialists said that timing is crucial when pets are bitten by venomous snakes.

“The longer you wait, the more damage that can be done,” the doctor explained.

Long said their facility always sees an increase in snake bites during the summer months.

She added most emergency clinics should have antivenom for dogs. After a bite, she recommended pet-owners elevate the bite above their animal’s heart.

According to McCormack, doctors gave Arlo a positive prognosis. He was prescribed pain medication and McCormack is keeping an eye on his swelling.

She added that she’s grateful for her dog’s bravery.

“I could’ve gotten bit. He could’ve ignored the snake. He could’ve run off. But he chose to put himself in front of me,” McCormack said.