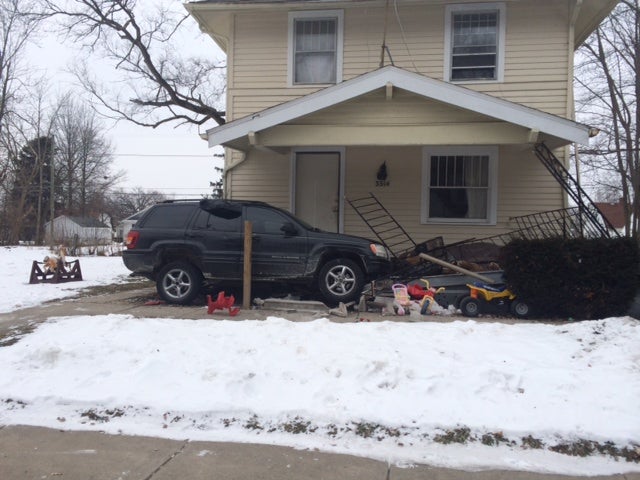 FORT WAYNE, Ind. (WANE) – The driver of a stolen SUV hit the porch of a house and then took off running after police tried to pull him over Tuesday morning following a chase that reached 80 miles an hour.

According to a news release from the Fort Wayne Police Department, an officer in a marked squad car spotted a black Jeep Cherokee going east on Rudisill Boulevard just after 9:30 am that matched the description of a vehicle that had just been reported stolen.

Eventually the SUV turned onto Winter Street going north, when it’s a one-way south road. The driver lost control near 3300 Winter and hit the porch of a home located at 3314 Winter.

The driver got out and took off running. Officers were able to catch him rather quickly after a neighbor told them he was hiding in the porch of a home on Reed Street.

He was taken to a hospital after he complained that his ankle was injured from the crash.

His identity has not yet been released although he was found to have an active warrant related to a violation of conditional release.