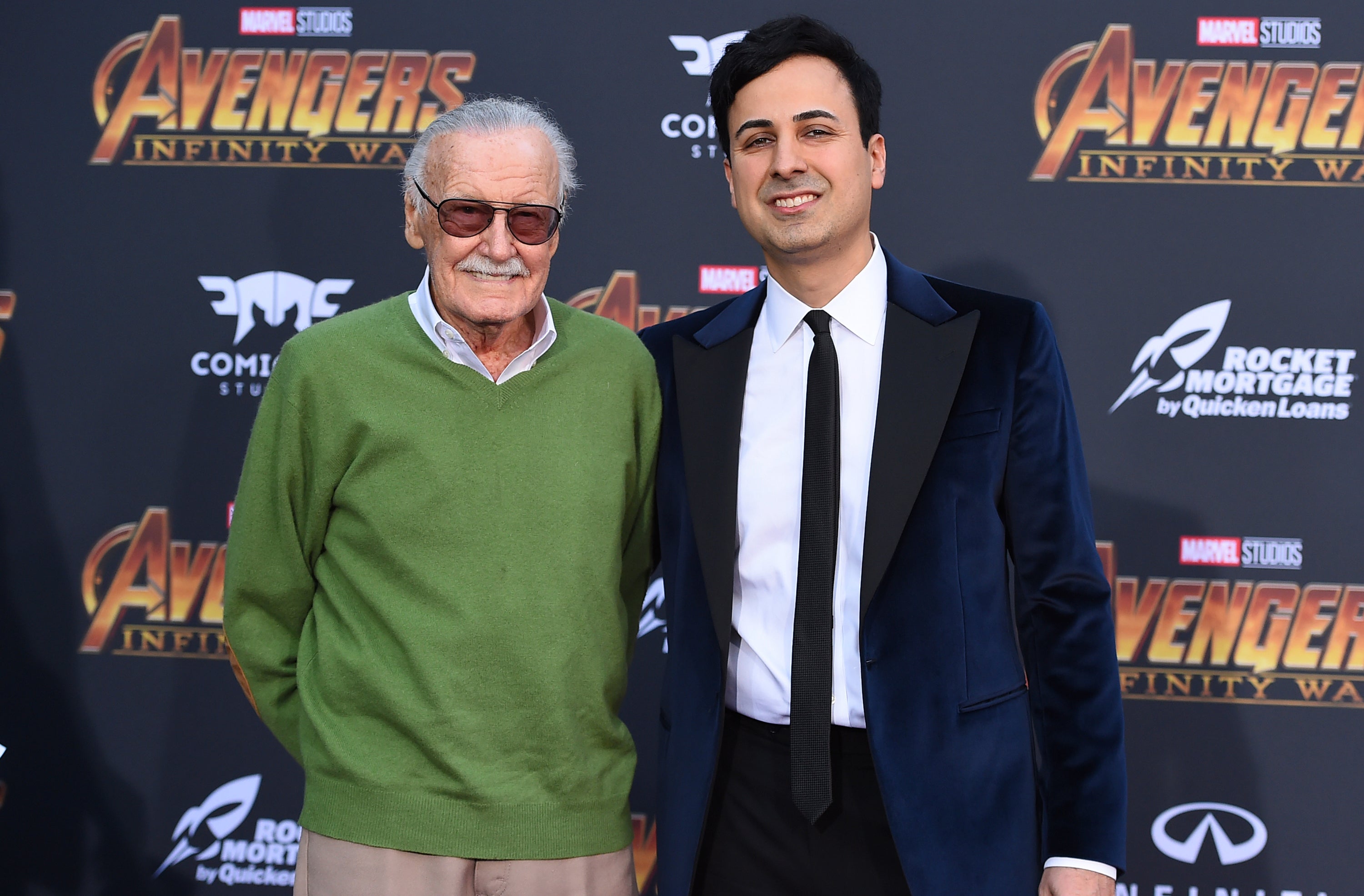 LOS ANGELES (AP) — Los Angeles police are investigating reports of elder abuse against Stan Lee that come amid a struggle over the life and fortune of the 95-year-old Marvel Comics mogul, court documents showed Wednesday.

The investigation was revealed in a restraining order granted against Keya Morgan, who in recent months has been acting as Lee’s business manager and personal adviser.

Morgan has inserted himself into the life of the Lee, according to the order. The filing accuses Morgan, 42, of taking advantage of Lee’s impaired hearing, vision and judgment, moving Lee from his longtime family home and preventing family and associates from contacting him.

Morgan was arrested on Monday for allegedly filing a false police report by calling 911 and saying burglars were in his house when in fact two detectives and a social worker were conducting a welfare check on Lee.

“I have a very dear friend I take care of who is 95 and um, uh, three unidentified people have gone inside this house and locked the door and locked his security out and I’m very, very scared that they’re harming him,” Morgan said on the 911 call made on May 30, according to a transcript filed with the restraining order.

Attempts to reach Morgan on Wednesday were not immediately successful. An attorney he hired on a previous criminal case said he no longer works for Morgan, and it’s not clear if he’s retained a new attorney. Morgan’s cell phone was no longer accepting messages.

Morgan’s arrest and ouster is the latest and most dramatic move in the fight that has emerged over Lee’s business and estimated $50 million fortune since his wife of 69 years Joan died in July.

Police have been investigating reports of elder abuse against Lee since at least February, and had issued an emergency order keeping Morgan from Lee even before Wednesday’s order was issued.

Lee has for decades been revered as a comic book giant for his central role in creating the Incredible Hulk, Spider-Man, Iron Man and other major Marvel characters. In more recent years he has become a grandfatherly figure over the Marvel Cinematic Universe, with his comical cameos in each film beloved by fans.

Morgan is a memorabilia dealer and Marilyn Monroe expert who befriended Lee’s daughter and only child J.C. Lee, and since February has increasingly taken personal control of Lee’s life and household, taking advantage of Lee’s age to influence and isolate him, Lee’s attorney Tom Lallas said in the restraining order request.

He got rid of many who had worked for Lee, including Lallas, who had been helping with Lee’s estate planning and other financial matters before his ouster, and has now returned. Morgan prevented friends, employees and relatives, eventually even J.C. Lee, from contact with Lee, police said in reports included with the restraining order.

Detectives said in the reports that in interviews Lee acknowledged that Morgan had helped him, but would frequently forget his name when talking about him.

The reports said they had twice done welfare checks on Lee, on Feb. 23 and again on May 30, when Morgan was not home. Morgan returned and was denied entry. After his 911 call reporting burglars, he again called 911 to say a security guard was being threatening and aggressive.

Morgan was released Monday after his arrest. He is already serving two years of probation for making criminal threats in an unrelated dispute, and he has been summoned back to court to determine whether he has violated the probation.

A day before the arrest, Lee appeared in a video posted to his Twitter account declaring that Morgan was his only partner and representative, and anyone claiming otherwise was lying.

“Anybody else who claims to be my rep is just making that story up,” Lee says.

Morgan shared the video on his own Twitter account, whose bio calls him, “Co-creator with Stan Lee.”