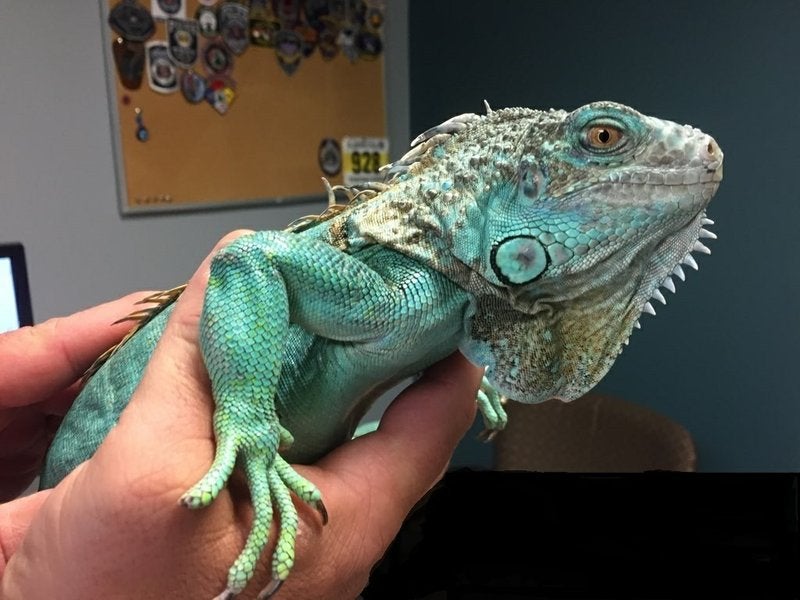 PAINESVILLE, Ohio (AP) — Police say an unruly customer at a restaurant in Ohio pulled an iguana from under his shirt, swung it around and threw it at the manager.

Painesville police were called to the Perkins restaurant around noon Tuesday.

Police say they apprehended the suspect a few blocks away in the city roughly 30 miles (48 kilometers) northeast of Cleveland. Authorities did not say what provoked the attack.

The 49-year-old was charged with disorderly conduct, resisting arrest and animal cruelty.

Police say the lizard, whom they named “Copper,” was taken to the Lake County Humane Society to be checked by a veterinarian.