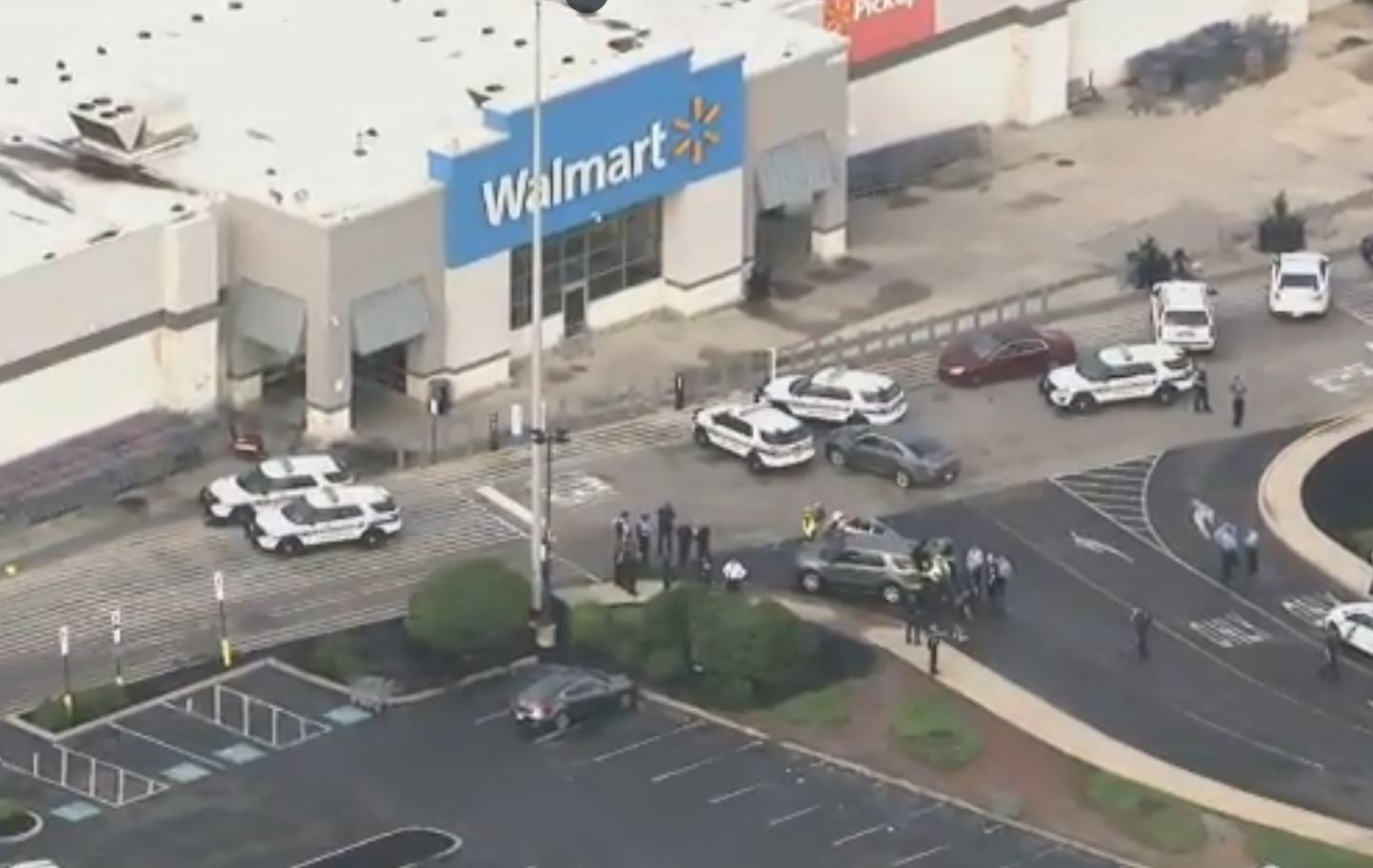 WYNCOTE, Pa. (AP) — A man pulled a gun during a dispute with another customer in Walmart checkout lines near Philadelphia and opened fire, wounding several people before fleeing but was later arrested after crashing into a police vehicle, police said Tuesday night.

Frye said the gunfire started after some type of altercation between customers in separate lines near the cash register, when “words were exchanged” and the suspect pulled a gun from his female companion’s waistband and fired “at least 10 shots.”

Two women in their 40s and a man in his 40s were wounded in the legs and another person had a graze wound, while a fifth person later went to a hospital with unspecified injuries. In addition, a pregnant woman was taken to the hospital after a fall, he said. Frye said it wasn’t immediately clear whether the person the man was arguing with was among the victims.

The male suspect and his female companion fled, tossing the gun from the car, but then ran into a police vehicle. Two officers whose vehicle was rear-ended were taken to hospitals along with the woman in the suspect’s car, while the male suspect was also arrested after being hit with a stun gun when he tried to break the window of the police vehicle, a Philadelphia police spokesman said. The officers, suspect and female passenger were in stable condition, he said.

Frye called the shooting a “very dangerous situation,” given that it was a “very crowded Walmart, a lot of shots were low, the floor is hard … there’s a risk of ricochet.” Reports from the hospital, he said, indicate that the suspected shooter was “definitely on some type of drugs.”

More than 22 police departments responded to the scene, Frye said. A SWAT team was checking the store and others in the complex and Walmart employees remained inside for their safety and to allow police to interview them, he said.

“We are relieved that an arrest has been made and thankful that injuries sustained by three of our associates and a customer are non-life threatening. Local authorities acted quickly and did an outstanding job. Our focus remains on supporting our associates and continuing to assist law enforcement,” said Walmart representative Randy Hargrove.