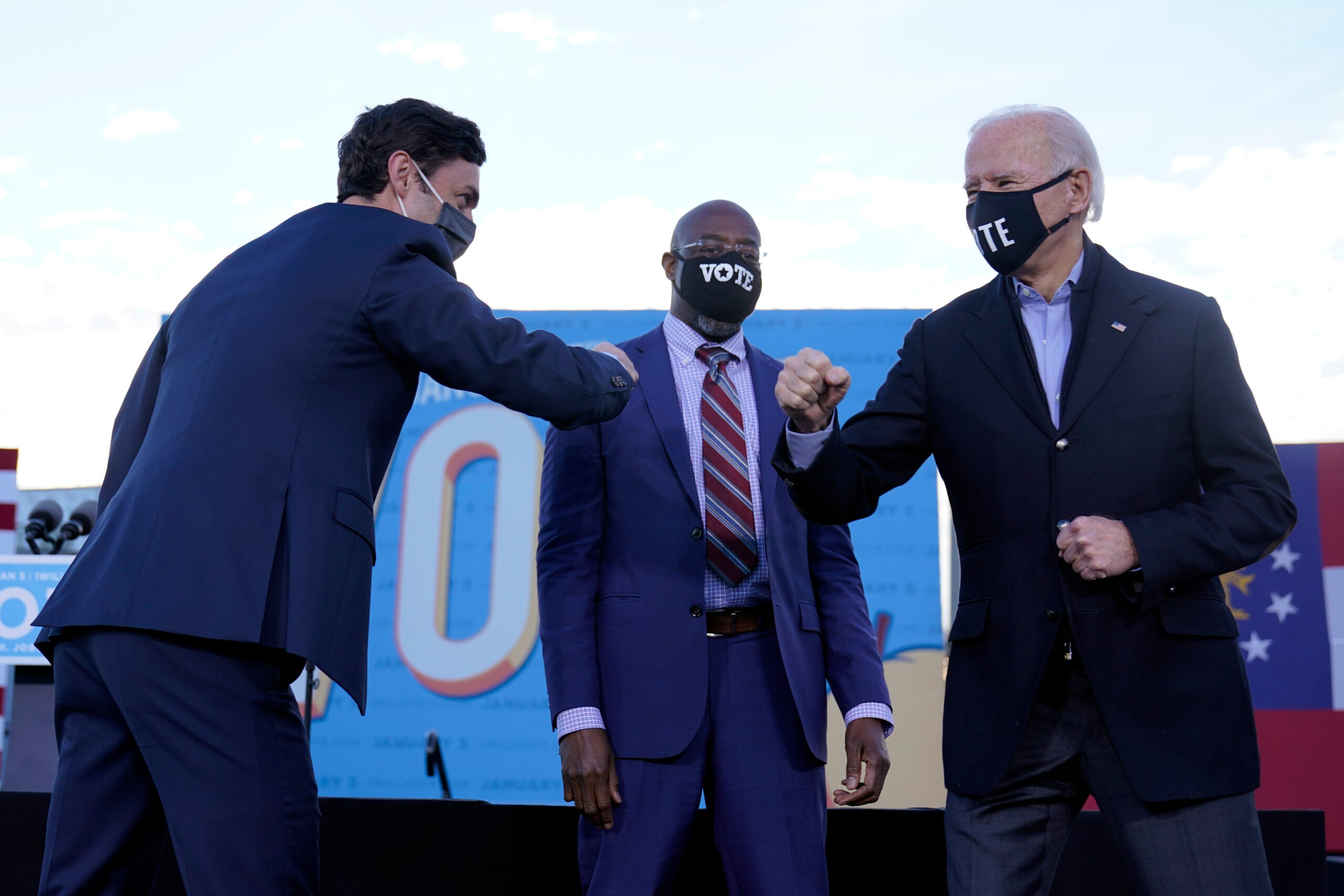 ATLANTA (AP) — Georgia’s secretary of state certified the results of the two U.S. Senate runoff elections Tuesday, paving the way for Raphael Warnock and Jon Ossoff to be sworn in and for Democrats to take control of the chamber.

They’ll take office just as the Senate considers whether to convict President Donald Trump in an impeachment trial for inciting the deadly storming of the U.S. Capitol and as President-elect Joe Biden seeks to jump-start his agenda after inauguration.

The two are set to be sworn into office Wednesday shortly after Biden’s inauguration, according to a person granted anonymity to discuss planning. Ossoff spokesperson Miryam Lipper confirmed that timing.

The certification by Secretary of State Brad Raffensperger officially seals Warnock and Ossoff’s victories over their Republican opponents in the Jan. 5 runoffs. Kelly Loeffler and David Perdue, both incumbents, conceded days after the election. Shortly after certification by Raffensperger, Gov. Brian Kemp signed off on their certificates of election.

Official results from the secretary of state show Warnock beating Loeffler by about 93,000 votes out of nearly 4.5 million cast, or about 2%, while Ossoff beat Perdue by about 55,000 votes, or 1.2%. Both margins are larger than the .5% required to ask for a recount under Georgia law.

Once Warnock and Ossoff are sworn in, there will be a 50-50 partisan divide in the Senate, giving Vice President-elect Kamala Harris the tie-breaking vote.

Warnock will be the first African American senator from Georgia, while Ossoff will be the state’s first Jewish senator and the Senate’s youngest sitting member. Their wins bookend a divisive and drawn-out election cycle that brought seismic shifts to Georgia politics and made the once reliably red state a key battleground.

Perdue, who served one term after being elected in 2014, and Loeffler, who took office last year after being appointed to replace retiring Sen. Johnny Isakson, were among Trump’s closest allies in the Senate.

The Democrats, who essentially ran as a team during the runoffs, head to Washington at a time of tumult but also opportunity for their party.

In addition to considering whether to convict Trump in the impeachment trial, the Senate will also begin considering confirmation of Biden appointments and early legislative proposals from the new administration. Biden recently unveiled a $1.9 trillion coronavirus plan that aims to administer 100 million vaccines by the 100th day of his administration and deliver another round of economic aid.

Loeffler gave a farewell speech from the Senate floor Tuesday, where she thanked her supporters and wished Warnock well. She also took parting shots at her detractors, slamming what she called “cancel culture” and news media coverage of her campaign.

Perdue’s term ended Jan. 3, while Loeffler remains in the Senate until Warnock is sworn in because she was appointed to fill Isakson’s unexpired term.