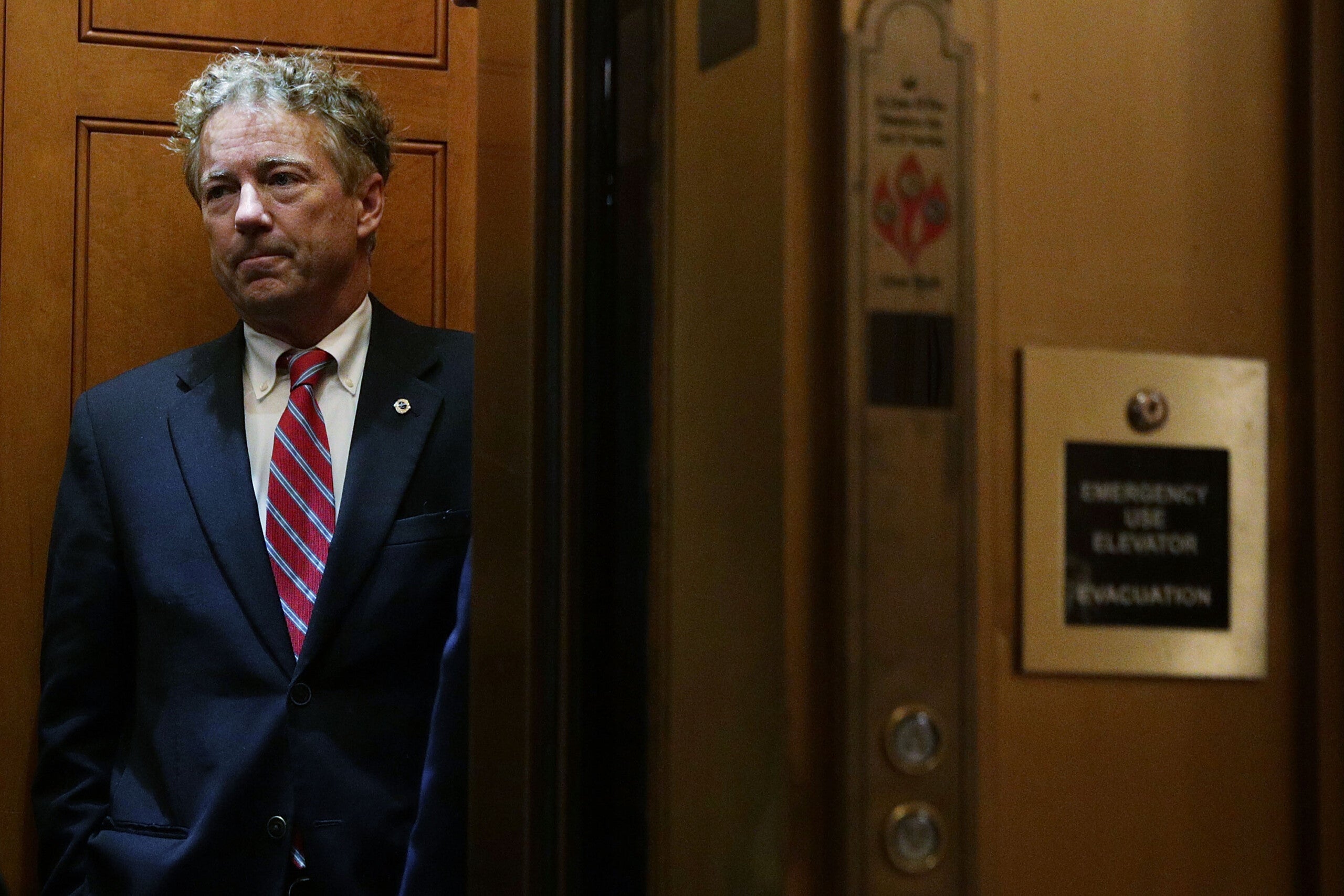 (CNN) — Senate leaders are trying to resolve last-minute objections to two must-pass bills that could trigger a brief government shutdown, even as they struggle to reach critical deals on a new pandemic stimulus and a sweeping government funding package before the end of the year.

Senate Majority Whip John Thune of South Dakota told reporters on Thursday that they have multiple holdups right now in trying to wrap a vote on a short-term spending bill to avert a shutdown, known as a continuing resolution, and finish up the defense policy bill known as the National Defense Authorization Act (NDAA).

The Senate adjourned for the evening on Thursday with no agreement yet on a vote to avoid a government shutdown by midnight Friday night.

The short-term spending bill would extend government funding by a week and is aimed at giving lawmakers more time to reach an agreement on COVID-19 relief and broader funding legislation for a new fiscal year.

One of the issues: Sen. Rand Paul, a Kentucky Republican, said Thursday that he is filibustering the NDAA, over an amendment from Rep. Liz Cheney, a Republican from Wyoming, that Paul says would limit the President’s ability to withdraw troops from a war zone like Afghanistan.

In addition to Paul’s filibuster, Independent Sen. Bernie Sanders of Vermont is demanding a vote on a provision that would give individuals $1,200 stimulus checks, and a group of conservative senators is insisting on a vote on legislation to prevent future government shutdowns.

“The (Continuing Resolution) has to be done tomorrow, and I think both sides are willing to give consent on that with the exception of Sanders, who wants his vote on the individual checks,” Thune said Thursday. “And then on our side, these, there’s a sort of a coalition of folks who have different proposals on no government shutdown language and they would like to at least get voted on and so they’re trying to work through that with them and figure out if there’s a path to accommodate people on the vote, but with the Rand situation — he’s basically trying to drag it out.”

There’s still time for an agreement to be reached among lawmakers to pass the funding bill in time to avert a shutdown, but it’s unclear for now exactly how the standoff will play out. If it were to happen, a shutdown would likely be brief and over the weekend when many government operations are not open.

In a Senate floor speech, Paul elaborated on his concerns, saying of Cheney and the amendment in question, “She said we shouldn’t limit the President’s powers in times of war and then she authors a limitation on the President removing troops from war. So which is it? I guess she’s only for this all-powerful commander-in-chief when they fight war? But if a president wants to end a war — oh no, Congress has to stop them at all costs from ending a war.”

Paul says that his intent is not to disrupt government services and has offered to let GOP leaders pass the stopgap funding bill Thursday, but is demanding in return that the NDAA, which he is filibustering, not get a final vote until Monday.

“We’ve offered to allow all the votes to occur today if the final vote on the NDAA would be moved to Monday,” Paul told reporters in the Capitol on Thursday.

He didn’t directly explain why he wants to push the vote back to Monday but did say that “the NDAA is a terrible bill and if it were to expire they could start over in January” at which point he suggested a Democratic president might share his concerns with Cheney’s amendment in the bill regarding troop withdrawals.

Republican leaders are not giving into Paul’s demands at this time and are hopeful the standoff won’t lead to a shutdown.

“No, I can’t imagine anybody wants that,” said Sen. John Cornyn of Texas, a member of GOP leadership.

Senate Majority Leader Mitch McConnell said on Thursday to “expect the potential for a late night tonight” and “the possibility of votes tomorrow,” while speaking about the NDAA.

Asked for comment, a Sanders spokesperson sent this statement from the senator: “As a result of the pandemic, tens of millions of working-class Americans are facing economic devastation. They have no income, they face eviction, they can’t afford to go to the doctor, and many are unable to adequately feed their kids. This is unacceptable.”

“Congress cannot adjourn for the holidays in order to return to our families when so many other families are living in desperation,” the statement continued. “It is absolutely imperative that we provide $1,200 for every working-class adult and $500 for each of their children. This is what we did, unanimously, in the CARES package passed in March. This is what we must do now. Congress cannot go home until we address this crisis.”

Direct payments were passed as part of earlier pandemic relief, but a new round of stimulus checks have not been included in the bipartisan proposal that’s been circulating recently over concerns it would raise the topline price tag to a level that would make it impossible to pass.