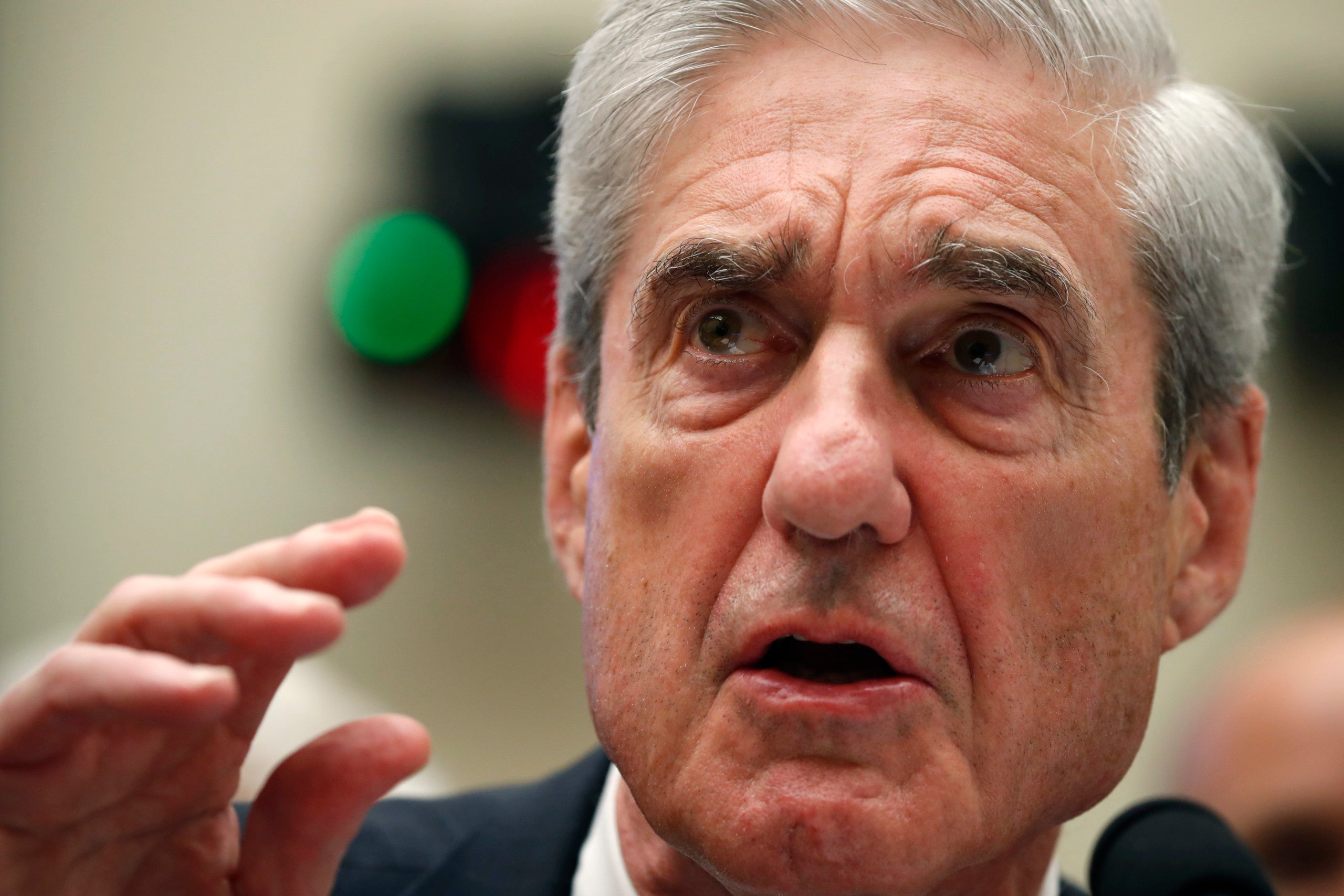 WASHINGTON (AP) — Former special counsel Robert Mueller sharply defended his investigation into ties between Russia and Donald Trump’s 2016 presidential campaign, writing in a newspaper opinion piece Saturday that the probe was of “paramount importance” and asserting that a Trump ally, Roger Stone, “remains a convicted felon, and rightly so” despite the president’s decision to commute his prison sentence.

The op-ed in The Washington Post marked Mueller’s first public statement on his investigation since his congressional appearance last July. It represented his firmest defense of the two-year probe whose results have come under attack and even been partially undone by the Trump administration, including the president’s extraordinary move Friday evening to grant clemency to Stone just days before he was due to report to prison.

Mueller said that though he had intended for his 448-page report on the investigation to speak for itself, he felt compelled to “respond both to broad claims that our investigation was illegitimate and our motives were improper, and to specific claims that Roger Stone was a victim of our office.

“The Russia investigation was of paramount importance. Stone was prosecuted and convicted because he committed federal crimes. He remains a convicted felon, and rightly so,” Mueller wrote.

Mueller did not specify who was making the claims, but it appeared to be an obvious reference to Trump, who as recently as Saturday derided the investigation as this “whole political witch hunt and the Mueller scam.”

The mere publication of the op-ed was striking in itself for a former FBI director who was tight-lipped during the investigation, refusing to respond to attacks by the president or his allies or to even make public appearances explaining or justifying his work. In his first public statement after the conclusion of his investigation, Mueller had said that he had hoped his report would speak for itself. When he later testified to House lawmakers, he was similarly careful not to stray beyond the report’s findings or offer new evidence.

But that buttoned-up approach created a void for others, including at the Justice Department, to place their own stamp on his work. Even before the report was released Attorney General William Barr issued a four-page summary document that Mueller privately complained did not adequately capture the gravity of his team’s findings.

In the months since, Barr assigned a U.S. attorney to investigate the origins of the Russia probe, and the Justice Department moved to dismiss the criminal case against former Trump administration national security adviser Michael Flynn even though Flynn had pleaded guilty to lying to the FBI about contacts with the Russian ambassador during the presidential transition period.

The op-ed traced the basis for the Stone prosecution, with Mueller recounting how Stone had not only tampered with a witness but also lied repeatedly about his efforts to gain inside information about Democratic emails that Russian intelligence operatives stole and provided to WikiLeaks, which published them in the run-up to the election.

Those efforts, including his discussions with Trump campaign associates about them, cut to the heart of Mueller’s mandate to determine whether anyone tied to the campaign coordinated with Russia in the hacking or disclosure of the stolen Democratic emails.

Stone was particularly critical to the investigation, Mueller writes, because he claimed inside knowledge about WikiLeaks’ release of the stolen emails and because he communicated during the campaign with people known to be Russian intelligence officers. He also communicated with members of the Trump campaign about the timing of the WikiLeaks releases, something that he denied.

“We did not establish that members of the Trump campaign conspired with the Russian government in its activities,” Mueller wrote. “The investigation did, however, establish that the Russian government perceived it would benefit from a Trump presidency and worked to secure that outcome. It also established that the campaign expected it would benefit electorally from information stolen and released through Russian efforts.”

Stone was found guilty last fall of witness tampering, false statements and obstructing a congressional investigation into Russian election interference. He was sentenced in February to 40 months in prison and was due to surrender on Tuesday, until the president commuted his sentence.

He was one of six former Trump associates or advisers to be convicted in the Russia investigation. In total, the investigation produced charges against 34 individuals, including 25 Russians accused either of hacking into Democratic email accounts of engaging in a covert social media campaign to divide American public opinion ahead of the election.