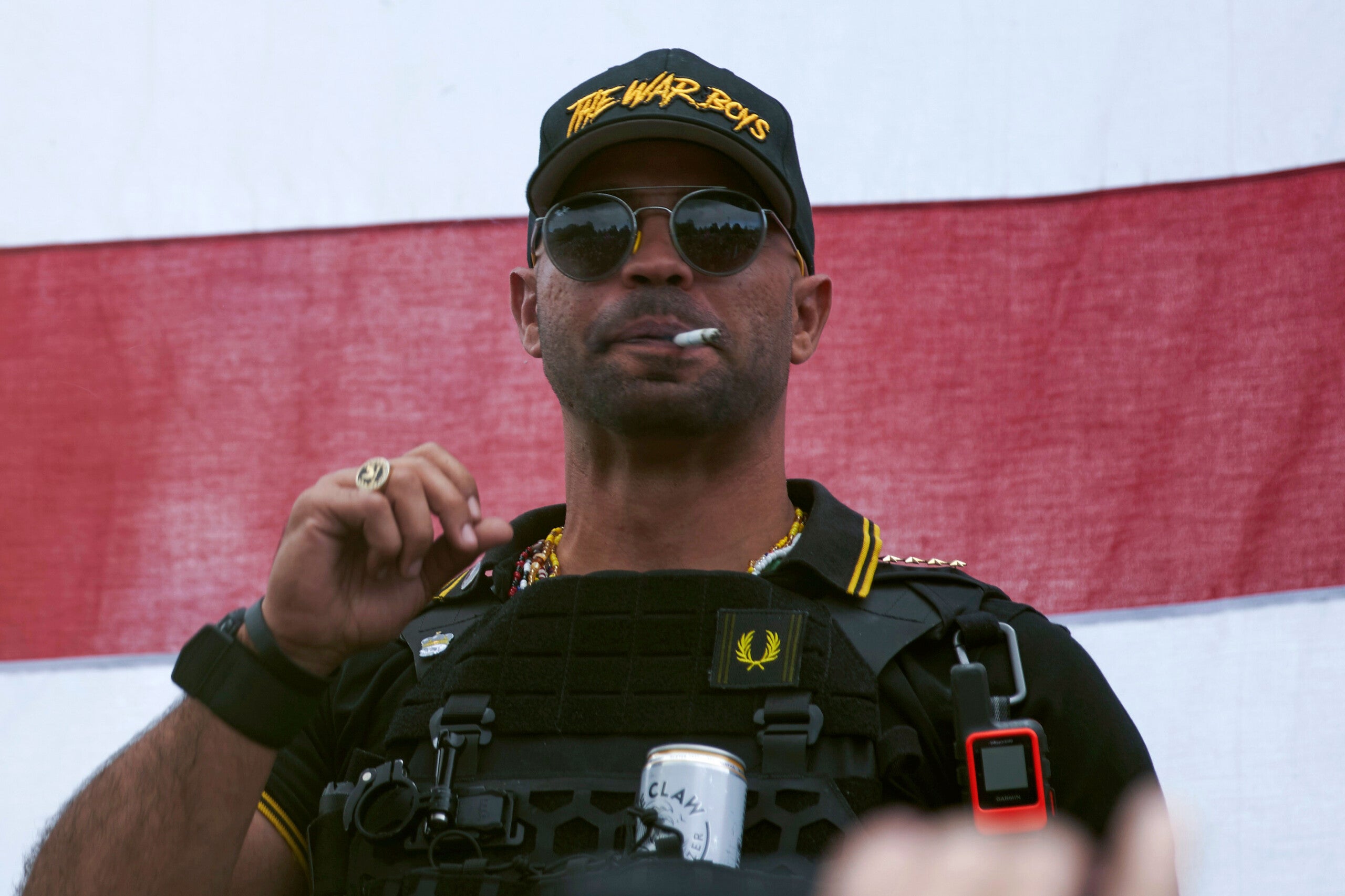 (CNN) — Court officials say the leader of the far-right Proud Boys, who was arrested shortly before the insurrection at the US Capitol on January 6, violated the terms of his release, according to new court filings.

Henry “Enrique” Tarrio was arrested in DC two days prior to the insurrection on a misdemeanor charge of destruction of property in connection to the alleged burning of a church’s Black Lives Matter banner in December, in addition to local weapons charges.

Now, two local judges from the Washington, DC, Superior Court have ordered Tarrio to attend a court hearing on February 22 to explain why his bail shouldn’t be revoked, following a dispute over whether Tarrio has stayed in touch with DC court officials while awaiting trial.

One judge said Tarrio allegedly “violated conditions of release,” while a separate judge said he “has not reported by phone as required, and is deemed a loss of contact,” per court filings.

Tarrio disputed the notion he didn’t follow the rules of his release in an interview with the Washington Post on Friday, saying he would “call them right now,” referring to court officials.

Federal investigators said Tarrio’s arrest was timed to keep him out of DC on January 6, but many Proud Boys were among the rioters who stormed the Capitol.

The Justice Department has charged more than a dozen Proud Boys so far, including five who face conspiracy charges.

The Proud Boys, known for their aggressive men’s rights philosophy and clashes with Antifa, have become a central target for prosecutors in Washington as they piece together the extent of coordinated activity at the Capitol.

Investigators have built out charges related to their fundraising efforts ahead of the insurrection.