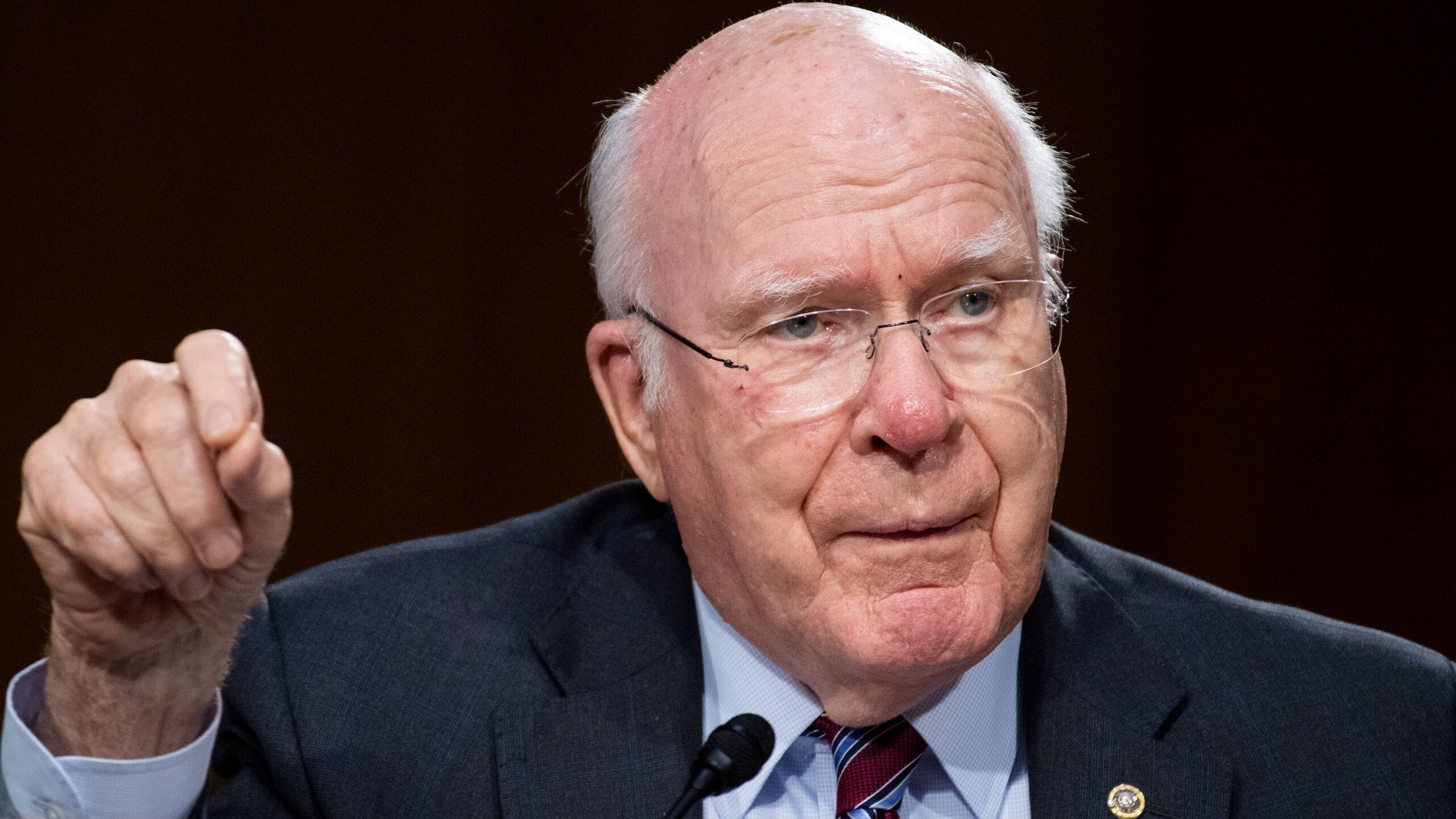 WASHINGTON, DC - JUNE 16: Sen. Patrick Leahy (D-VT) asks a question at a Judiciary Committee hearing in the Dirksen Senate Office Building on June 16, 2020 in Washington, D.C. The Republican-led committee was holding its first hearing on policing since the death of George Floyd while in Minneapolis police custody on May 25. (Photo by Tom Williams-Pool/Getty Images)
by: Clare Foran and Manu Raju, CNN
Posted: Jan 26, 2021 / 06:32 PM EST / Updated: Jan 26, 2021 / 10:56 PM EST

(CNN) — Sen. Patrick Leahy returned home Tuesday night from the hospital after seeking treatment out of an abundance of caution, according to a spokesman.

Leahy had been hospitalized just hours after presiding over the opening of former President Donald Trump’s second impeachment trial. A spokesman said he was not feeling well and the Capitol physician recommended he go to a local hospital.

“The Capitol Physician suggested that Senator Leahy go to George Washington University Hospital this evening for observation, out of an abundance of caution,” spokesman David Carle said in a statement. “After getting test results back, and after a thorough examination, Senator Leahy now is home. He looks forward to getting back to work. Patrick and Marcelle deeply appreciate the well wishes they have received tonight.

As the Senate president pro tempore — the longest-serving senator of the majority party — the 80-year-old Vermont Democrat is presiding over Trump’s impeachment trial in lieu of Chief Justice John Roberts. Roberts, who oversaw Trump’s first impeachment trial, chose not to oversee the proceedings because Trump is no longer in office, according to Senate Majority Leader Chuck Schumer.

Sen. Dick Durbin, the second highest-ranking Senate Democrat, told CNN’s Wolf Blitzer earlier on Tuesday evening that Leahy could be back in the chamber Wednesday.

“Pat Leahy’s wife, Marcelle, is a nurse, and she’s with him, and this was just an abundance of caution,” Durbin said. “He was feeling uncomfortable, as you mentioned, so they wanted to give him a trip to the hospital so they can watch him for a little while. She says things are going well, so we have all got our fingers crossed he will be back tomorrow.”

Leahy’s hospitalization came soon after the impeachment trial began Tuesday afternoon with his swearing in. Leahy then swore in the rest of the Senate, and senators went four at a time to sign an “oath book” as jurors for the trial.

The deal that Schumer and Senate Minority Leader Mitch McConnell reached last week pushed back the start date for the substance of the proceedings, but several ceremonial functions of the trial took place Tuesday.

The trial is effectively on hold as the impeachment managers and Trump’s legal team exchange pre-trial briefs for two weeks. The final briefs would be due on February 9, allowing the trial to begin in earnest.

House impeachment managers, a group of Democratic lawmakers who will act as prosecutors presenting the case against Trump during the trial, delivered the single article of impeachment to the Senate on Monday, which typically triggers a quick start to an impeachment trial. But the move to delay the start gives Democrats more time to confirm Biden’s Cabinet and potentially take up a new Covid-19 relief bill while Trump’s defense team has more time to prepare for trial.