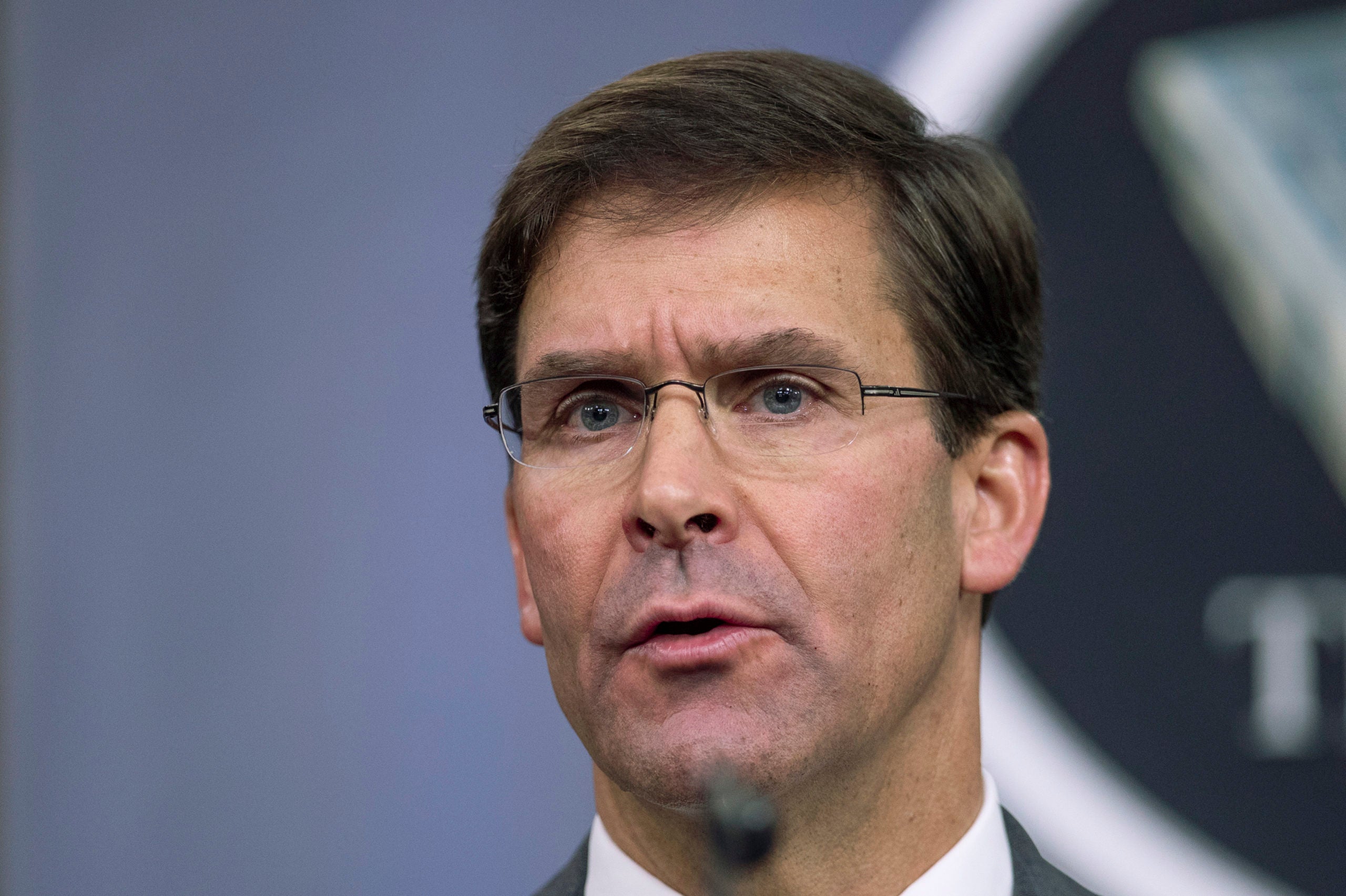 “President Trump remains confident in Secretary Esper,” McEnany said in the statement. “Secretary Esper has been instrumental in securing our nation’s streets and ensuring Americans have peace and confidence in the security of their places of business, places of worship, and their homes.”

Esper split with Trump on Wednesday, saying he does not support using active duty troops to quell the large-scale protests across the United States triggered by the death of George Floyd and those forces should only be used in a law enforcement role as a last resort.

Speaking from the Pentagon briefing room podium, Esper noted that “we are not in one of those situations now,” distancing himself from Trump’s recent threat to deploy the military to enforce order.

“The option to use active duty forces in a law enforcement role should only be used as a matter of last resort, and only in the most urgent and dire of situations. We are not in one of those situations now. I do not support invoking the Insurrection Act,” he told reporters. Esper also distanced himself from a maligned photo-op outside St. John’s Church.

McEnany would not directly answer Wednesday whether Trump still has confidence in Esper, saying instead, “as of right now Secretary Esper is still Secretary Esper.”

“With regard to whether the President has confidence, I would say if he loses confidence in Secretary Esper, I’m sure you all will be the first to know,” McEnany said during a press briefing.

“Should the President lose faith, we will all learn about that in the future,” she added.

Late Wednesday night, three sources told CNN that Esper will stay on the job for now. He was at the White House for a little under three hours earlier where he had several meetings, including one in the Oval Office with Trump.

A senior Republican source told CNN that there has been ongoing tension involving Esper and that Trump has no respect for his defense chief. Esper has had little influence and essentially takes his lead from Secretary of State Mike Pompeo, the source said, adding that Wednesday’s news conference would undoubtedly make things worse.

Trump and other top officials, including national security adviser Robert O’Brien, are “not happy” with Esper after his Wednesday remarks, three people familiar with the White House’s thinking said.

Esper’s comments Wednesday came after defense officials told CNN this week that there was deep and growing discomfort among some in the Pentagon even before Trump announced Monday that he is ready to deploy active duty forces if local leaders fail to ramp up enforcement efforts.

As tear gas wafted through the air in Lafayette Park across from the White House, Trump announced from the Rose Garden that if state or city leaders refuse “to take the actions that are necessary to defend the life and property of their residents,” he will invoke the Insurrection Act, an 1807 law that allows a president to deploy the US military to suppress civil disorder.