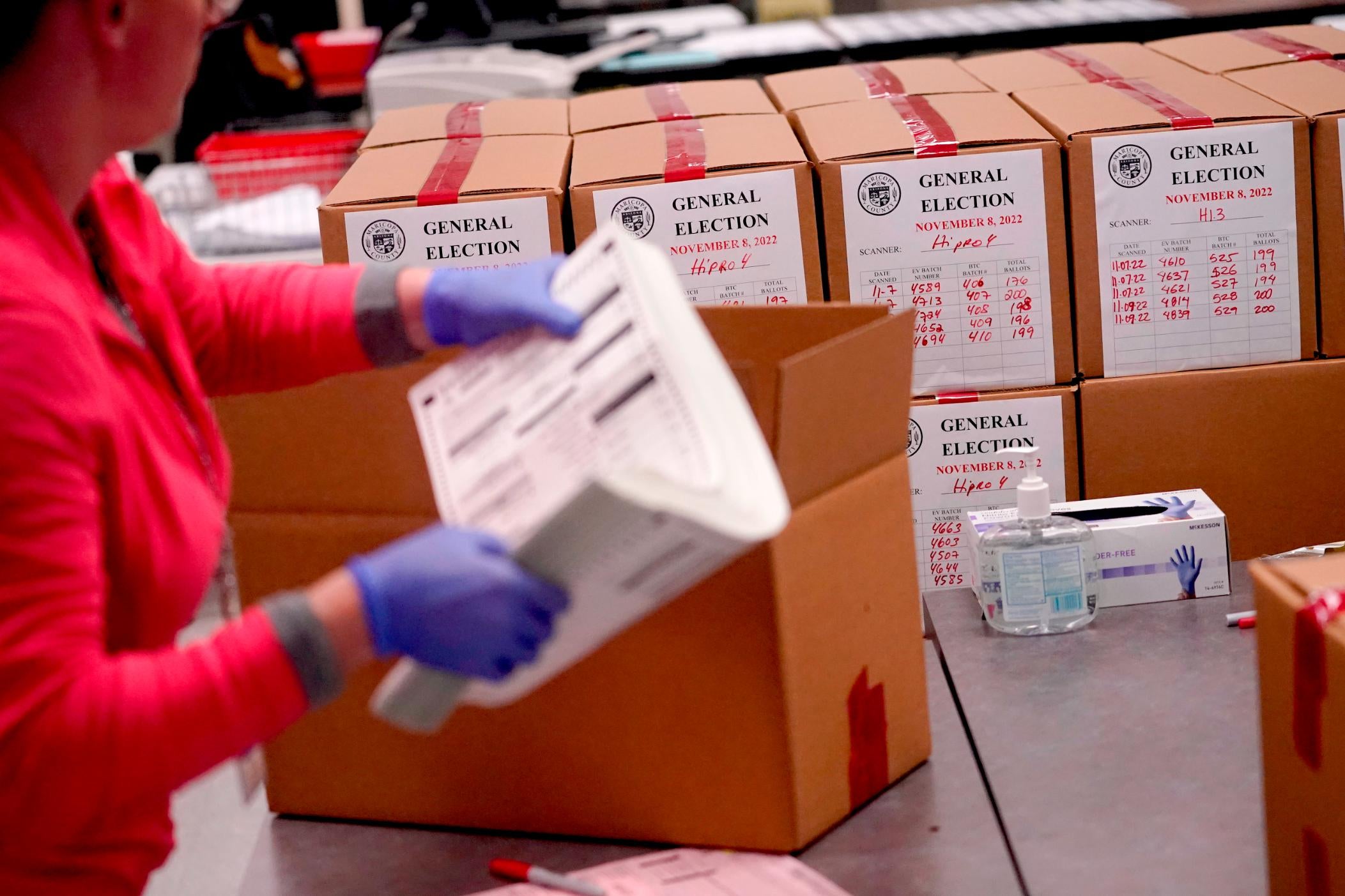 (CNN) — Key races to determine control of the Senate in Arizona and Nevada have yet to be called as both states race to count hundreds of thousands of ballots that have yet to be processed.

It still may be hours — or days — before enough ballots are counted in those states to determine who won the Senate and gubernatorial races in both states. There are also still many key congressional races uncalled in California and Colorado that will determine what the House looks like when the new Congress is seated in January.

The unofficial results — and lingering uncertainty about who will control Congress next year — hasn’t prevented Republican apprehension about the election results, where an expected Republican wave never materialized. The lackluster GOP results have raised new questions about House GOP Leader Kevin McCarthy‘s path to the speakership and added a new layer to the looming 2024 feud between former President Donald Trump and Florida Gov. Ron DeSantis.

Here’s what you should know as the counting continues:

What is taking so long to count ballots in key states?

The biggest reason for the delay is the way that each state handles the ballots outside of those cast at polling places on Election Day, including both early votes and mail-in ballots.

In Arizona, for instance, CNN’s decision desk estimates there are roughly 675,000 ballots to be counted. The majority of those, about 400,000 ballots, are in Maricopa County, the state’s most populous county that includes Phoenix.

Of those ballots, about 290,000 were dropped off at vote centers on Election Day, Bill Gates, the Maricopa County Board of Supervisors chairman, said on CNN Thursday. Those ballots have to be processed before they can be counted, leading to a lag time in tabulating.

“We’re now getting into what we call late-earlys, so these are early ballots that we would have received over the weekend, or, in specifically 290,000 that were dropped off on election day at our vote centers,” Gates said.

The total was “a record,” he added.

In addition, Maricopa County has about 17,000 ballots that were attempted to be counted on Election Day but were not read by the tabulator because of a printer error, and those ballots still need to be counted, too.

The county has not yet started counting the 290,000 ballots dropped off on Election Day, Gates said Thursday. Officials in Maricopa County said that they expect to release additional vote counts later Thursday evening that would include ballots received Saturday night, Sunday and most of Monday.

In Pima County, Arizona’s second-most populous, officials said there were roughly 159,000 ballots left to be counted as of Wednesday evening, and the county doesn’t expect to complete the count until November 14 or 15.

The uncounted ballots include more than 54,000 early ballots still being processed by the recorder’s office. The county expects to tabulate about 20,000 ballots per day and will post results at 6 p.m. local time each day.

In Nevada, the state law allows mail-in ballots to be received through Saturday, as long as they were postmarked by Election Day, meaning counties are still receiving ballots to be counted.

Clark County, the state’s largest that includes Las Vegas, received more than 12,000 postmarked ballots from the post office on Wednesday, Clark County registrar Joe Gloria said. The number dropped significantly on Thursday, however, as the county received another 626 ballots from the Postal Service.

In addition, counties in Nevada have tens of thousands of mail-in ballots that were dropped off on Election Day in drop boxes located at polling places. Clark County said that its Election Day drop boxes contained nearly 57,000 mail ballots.

In all, there are more than 50,000 ballots that need to be counted in Clark County, which are in “various stages in the process of validation,” Gloria said in a Thursday update.

Washoe County, which includes Reno, received close to 18,500 ballots on Tuesday from voting centers and the post office, as well as about 4,000 additional ballots in the mail Wednesday, according to Jamie Rodriguez, the county’s interim registrar of voters.

Bethany Drysdale, a spokeswoman for the county, told CNN Thursday there still were about 20,000 ballots that needed to be counted. “More mail in ballots will arrive today, but we can’t estimate how many,” she said.

Rodriguez told reporters at a Wednesday press conference that the county was still adjusting to the use of mail-in ballots and got more than they did during the primary earlier this year.

“Not that we weren’t expecting a large number of ballots coming in — seeing two full shelves of ballots, though, is a little more than we expected, and I think a little harder for us now than in the primary,” Rodriguez said.

At the same time, DeSantis’s resounding reelection victory in Florida is fueling calls for him to capitalize on his momentum and challenge Trump for the 2024 nomination.

The beginning of the presidential jockeying right after the midterms end is nothing new, but the potential fight in the Republican Party looking for 2024 is particularly noteworthy after Trump teed up the night before the election that he would be making an announcement at a Florida rally the next Tuesday.

The Trump-DeSantis showdown has been simmering for months now, but it could burst into the open as the 2024 primary season officially gets underway. A Trump adviser told CNN Wednesday that DeSantis “was already having a moment but the spotlight just quadrupled in intensity” after Tuesday’s election.

McCarthy is moving swiftly to lock down votes needed to claim the speaker’s gavel in the next Congress, as Republicans are still closing in on a majority in the House even after Democrats had a better-than-expected night on Tuesday. CNN has not yet projected a Republican takeover of the chamber.

But the ultimate size of a Republican majority could determine how difficult it will be for McCarthy to become speaker, as a narrow majority could prompt the pro-Trump House Freedom Caucus to stand in the way of McCarthy’s leadership ambitions.

A source familiar with the House Freedom Caucus’ deliberations told CNN on Wednesday morning there are around two dozen current and incoming members willing to vote against McCarthy if he doesn’t offer them concessions. They are actively discussing putting up a nominal challenger to face McCarthy in next week’s leadership elections in an effort to force the GOP leader to give them more influence in how the House operates, the source said.

Rep. Bob Good of Virginia, a member of the hardline House Freedom Caucus, told reporters Thursday that McCarthy “has not done anything to earn my vote” for speaker, predicting there would be a challenge to McCarthy for the role.