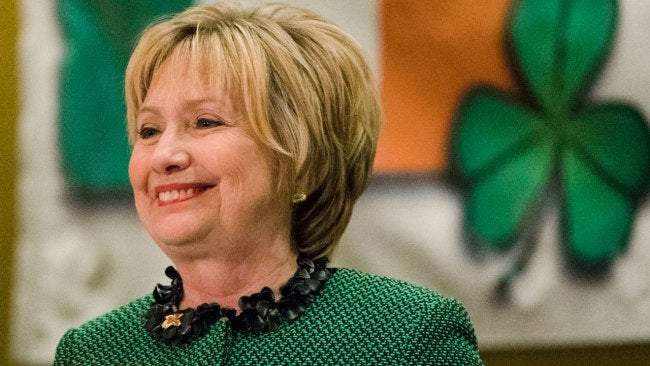 WASHINGTON (AP) – The publisher of a collection of devotionals that Hillary Clinton’s pastor sent to her during her presidential campaign pulled the book on Tuesday after finding instances of plagiarism.

The United Methodist Publishing House, owners of Abingdon Press, said the book “Strong for a Moment Like This: The Daily Devotions of Hillary Rodham Clinton” would be withdrawn and destroyed.

The book is a collection of some of the Scripture, devotionals and inspirational writing that the Rev. Bill Shillady, a United Methodist Church minister, emailed to Clinton, a lifelong Methodist, during the campaign. Shillady apologized last month after it was discovered that the prayer he sent Clinton the day after she lost the presidential election was similar to a blog post by a reverend in Warsaw, Indiana.

Shillady apologized and said he would credit the Indiana pastor in future editions of the book.

Abingdon Press then initiated an extensive review of the book, according to the Rev. Brian K. Milford, president and publisher of The United Methodist Publishing House.

The publisher “was alarmed to discover other content unattributed by the author,” Milford said. “Abingdon Press has zero tolerance for plagiarism. Consequently, we have discontinued sales, will remove existing copies from all sales outlets, and will have them destroyed along with our existing inventory.”

A call to Shillady’s office was not immediately returned.

Clinton is scheduled to discuss the book with Shillady at a Sept. 7 event in New York. It was not immediately known if plans for the event had changed.

A call to a Clinton spokesman was not immediately returned.