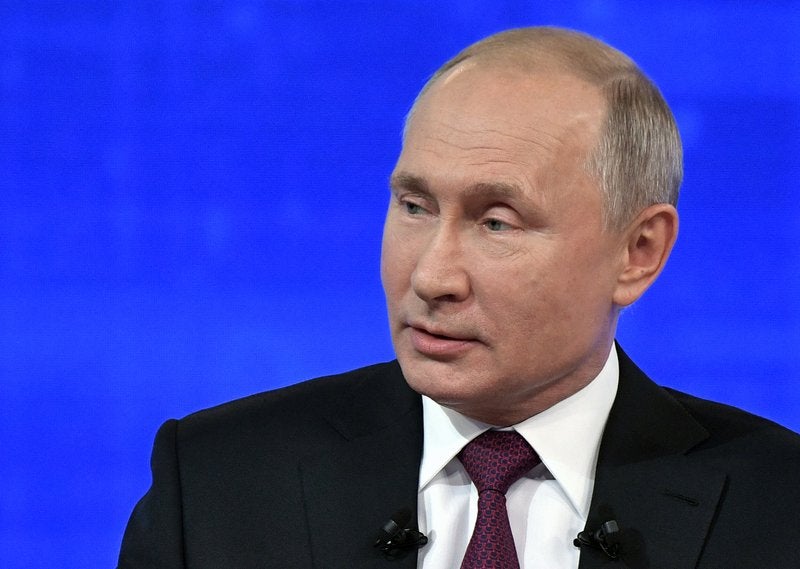 More than 1.5 million people have sent their questions by phone, video calls or email.

For the people across the vast country, the tightly-choreographed annual show provides a rare opportunity to take their grievances to the very top. The call-in is dominated by complaints about low wages, potholed roads, decrepit schools, overfilled hospitals and other social issues.

Putin noted that Russia has been hurt by a drop in energy prices and international sanctions, but added that the economy has improved.

Putin acknowledged that U.S. and the European Union sanctions have cost Russia an estimated $50 billion since 2014, but he claimed that the EU nations have suffered even greater damage because of the restrictions.

The Russian leader said that the sanctions have encouraged Moscow to launch its own production of ship engines and other key industrial products and develop its agricultural sector.

He pointed at U.S. sanctions against Chinese telecommunications company Huawei, describing it as part of U.S. efforts to “contain the development of China as a global power.”

“The same thing is happening with regard to Russia and it will keep going, so if we want to win a place under the sun we simply need to get stronger, primarily in the economic sphere,” he said.

Anchors said that during the show the call-center came under a cyberattack, which was successfully fended off.