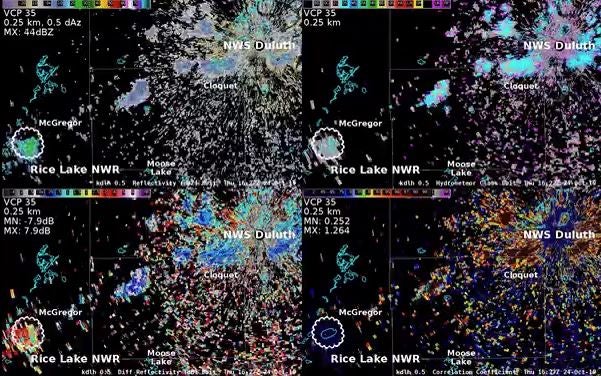 DULUTH, Minn. (WISH) — What’s that moving in on the radar? The U.S. Fish and Wildlife Service says it’s hundreds of thousands of ducks.

The National Weather Service in Duluth shared the large radar blip it capture Thursday morning as the Fish and Wildlife Service was performing a waterfowl survey.

The survey estimated nearly 900,000 ducks were in the air over the Rice Lake National Wildlife Refuge near McGregor, Minn.

The weather service said the Fish and Wildlife Served indicated such a large gathering of waterfowl in flight is fairly typical. Some of the federal bird counts in past years have reached over 1 million.