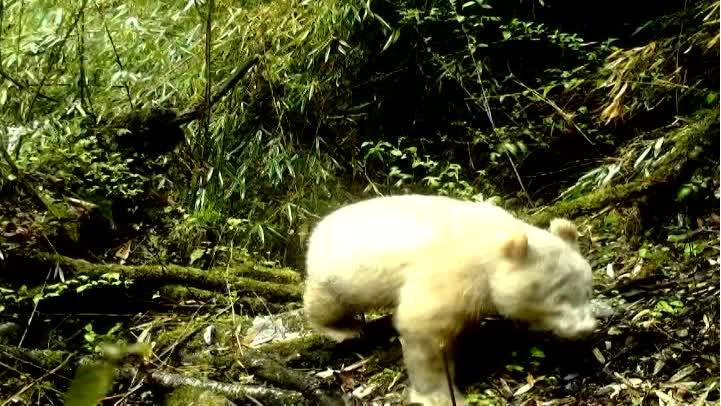 (CNN) — For the first time, a rare albino panda has been caught on camera.

A nature reserve in Sichuan, China, set up infrared cameras and was able to capture the image last month.

One researcher at Beijing’s Peking University says a fully albino giant panda has never before been recorded in the wild.

The panda is thought to be 1-2 years old.

According to National Geographic, animals with albinism face survival risks because predators can spot them more easily.

The Wolong Nature Reserve plans to set up more cameras to observe the panda’s growth and interaction with other animals.

According to the U.S. Fish and Wildlife Service, giant pandas are nearly extinct: Only an estimated 1,800 remain in the wild.