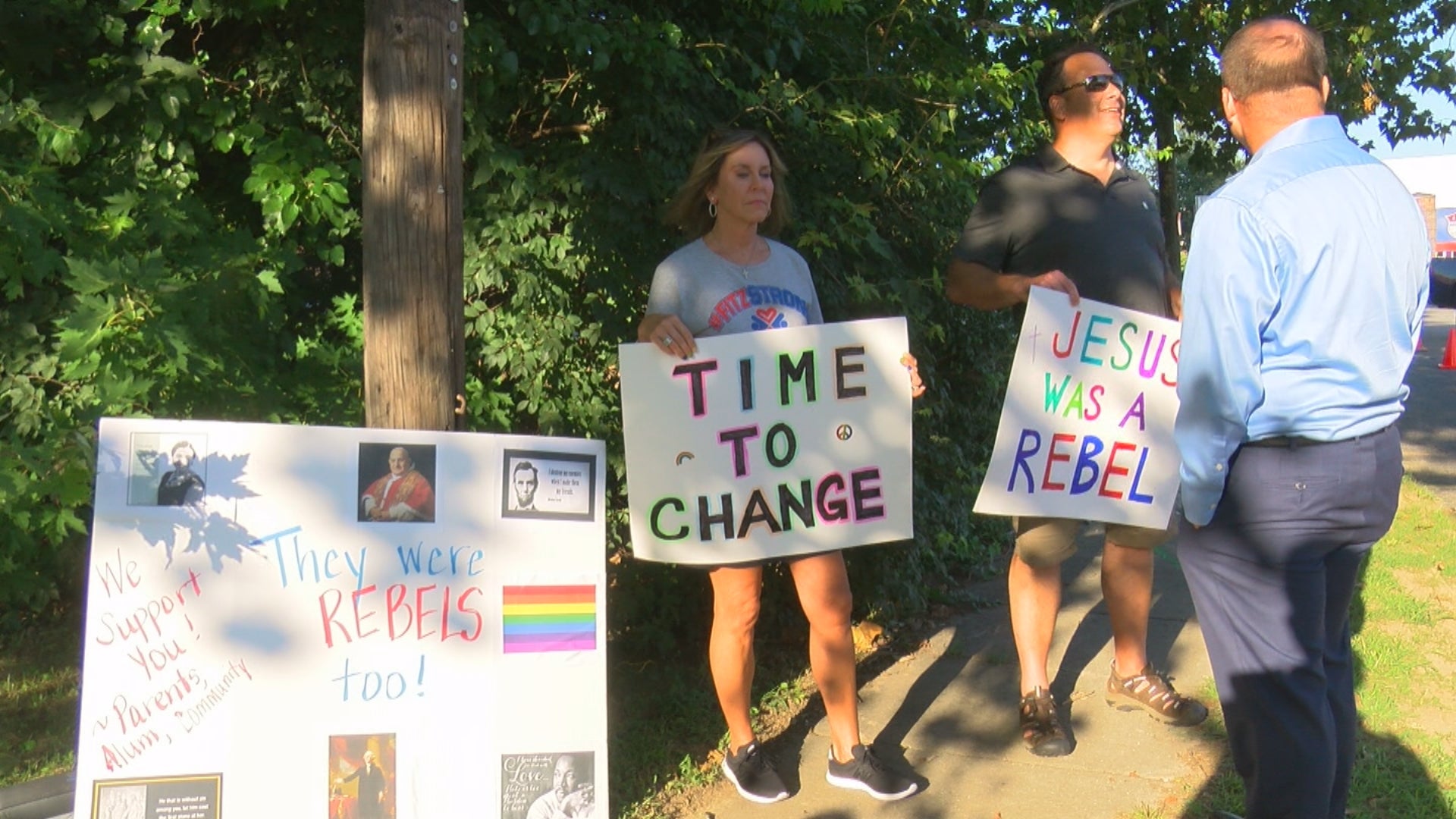 INDIANAPOLIS (WISH) — Parents at Roncalli High School had their first chance to talk to the school administration about the school’s decision to place a female guidance counselor on paid leave, after they found out she married a woman.

Parents have expressed outrage that Shelly Fitzgerald is on leave.

Only 20 parents were allowed inside this meeting.

Julie Aldrich was one of the parents inside.

She said all 20 parents spoke and supported Fitzgerald. Some of the Roncalli High School administration attended, including the principal.

Aldrich said some parents talked about pulling donations to the school and others said they’re concerned what Roncalli High School will look like on a college application.

News 8 was told many parents read statements in Thursday’s meeting, and a few asked questions.

One question was whether the same standard of punishment for breaking the school’s morality clause is being applied for other potential violations. Aldrich said she was pleasantly surprised with the meeting because the administrators in attendance listened and answered every question they could.

Aldrich said by the end, the meeting had been emotional for everyone, including the administrators.

Meanwhile, other supporters of Fitzgerald waited outside the meeting with signs.

“People feel strongly she shouldn’t lose her job because of who she loves. She’s a married woman and it shouldn’t be a problem for anyone,” said Angie Rooney, who has a daughter at the high school.

Rooney said she would be attending a meeting next week.

Shelly Fitzgerald did sign a contract that said she would follow the Catholic church’s belief that marriage is between a man and woman.

Three other meetings with parents are scheduled for the coming weeks: Aug. 28, Sept. 4 and Sept. 6. Those meetings are scheduled to begin at 6 p.m. and end at 7:30 p.m. They are all limited to 20 people.