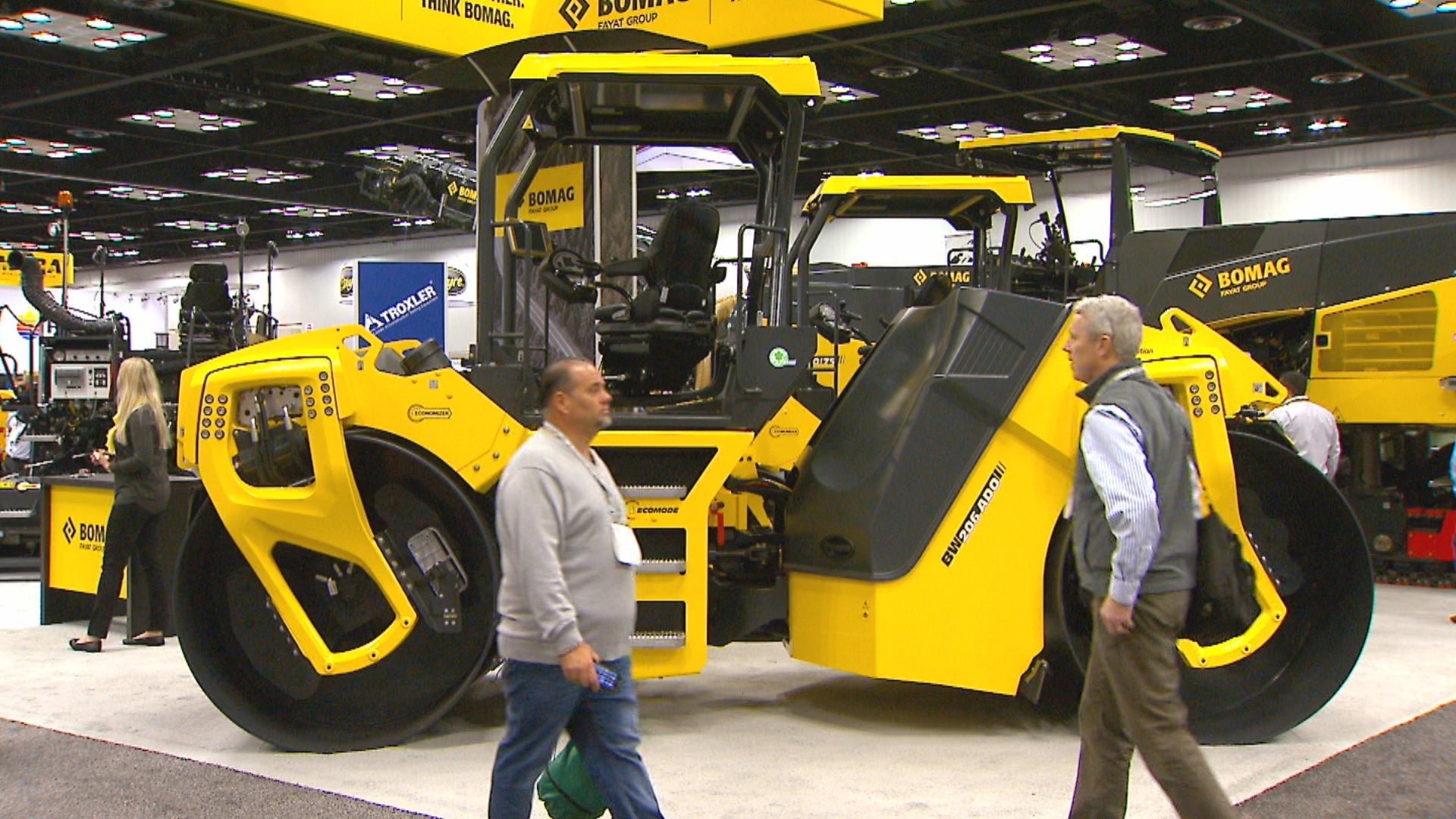 INDIANAPOLIS (WISH) — The downtown convention center this week is filled with equipment that you will never see this clean again.

The World of Asphalt 2019 show and conference is in Indianapolis. The world’s road builders are coming to the convention center on Indianapolis roads, and those roads leading to the Indiana Convention Center downtown are rough.

The irony of the World of Asphalt being held in Indianapolis at the peak of pothole season was not lost on some who drove to the Convention Center. Tom Francione is a vendor who flew in from Florida, and he said the drive from Indianapolis International Airport to downtown was interesting.

“Just from the airport to here (the roads) were horrible, and one of my customers drove up today from Louisville (Kentucky) and he said he has never seen it this bad,” Francione said.

For three days, some of the biggest names in the road construction industry will be in Indianapolis looking over equipment, new materials and even new ways to fix potholes.

Chris Botner, an account executive at Unique Paving Material in Louisville, said his material is flexible and guaranteed by the company to last or your money back. But, according to Botner, Indianapolis Department of Public Works is not one of its current customers.