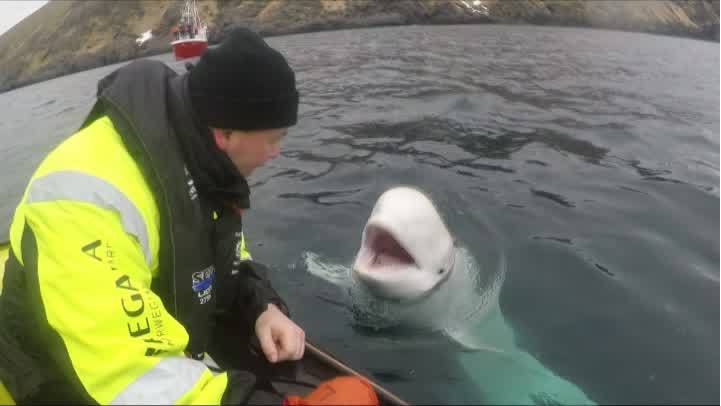 A Beluga whale believed by marine experts to have been trained by the Russian military is enjoying its stay in Norway.

It might look cute but don’t be fooled, this white whale could be Russia’s most cunning operative.

That’s what marine experts in Norway are saying, adding that the Beluga may have been trained by the Russian military.

First spotted by fishermen off Norway’s northern coast, the friendly creature quickly became suspect due to the harness on it’s back.

Juergen Wiig, a marine biologist at Norway’s Directorate of Fiseries, said the harness has mounts on it that may be used for GoPro cameras.

Wiig, along with the help of some fisherman, removed the harness from the whale’s back. The alleged spy was clearly grateful because over a week later it is still there.

Needless to say, the locals are getting to know their new neighbor fittingly now named Hvaldimir. The name combines the Norwegian word for whale and Vladimir, an homage to Russia’s leader Vladimir Putin.