Semi driver rescued from pond after leaving roadway on I-65 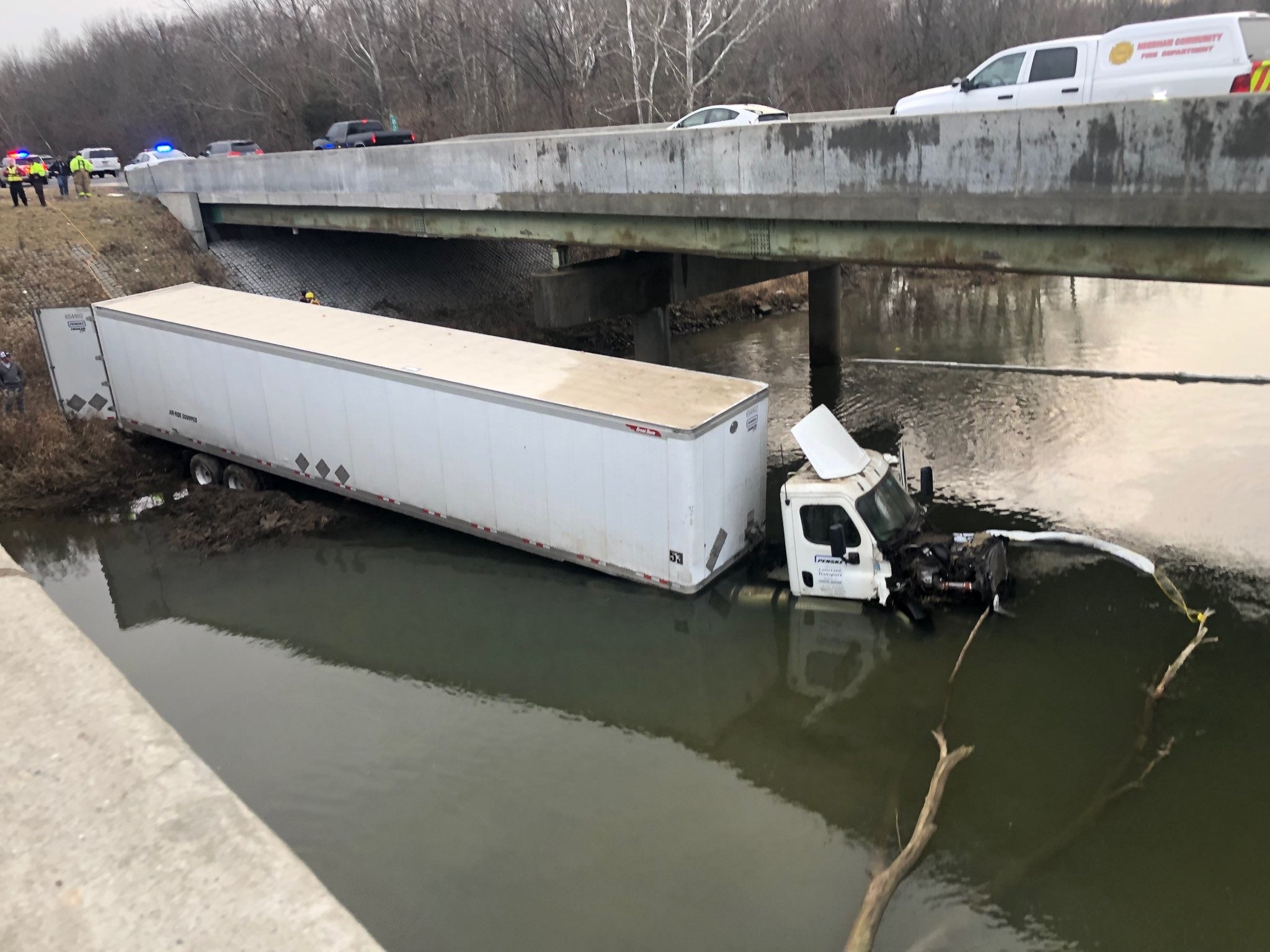 EDINBURGH, Ind. (WISH) — A semi driver is in the hospital after his vehicle ran off I-65 and ended up in a pond, state police said Saturday.

The Shelby County Water Rescue team responded to the 82 mile marker of Interstate 65 on Saturday afternoon, where a semi was in the water and the driver was unable to get out of the vehicle, the Shelbyville Fire Department said in a Facebook post.

The water rescue team successfully removed the driver, who was taken to an area hospital. The driver’s condition on Saturday night was not available.

The affected lanes had reopened by 5:50 p.m., INDOT said in a tweet.