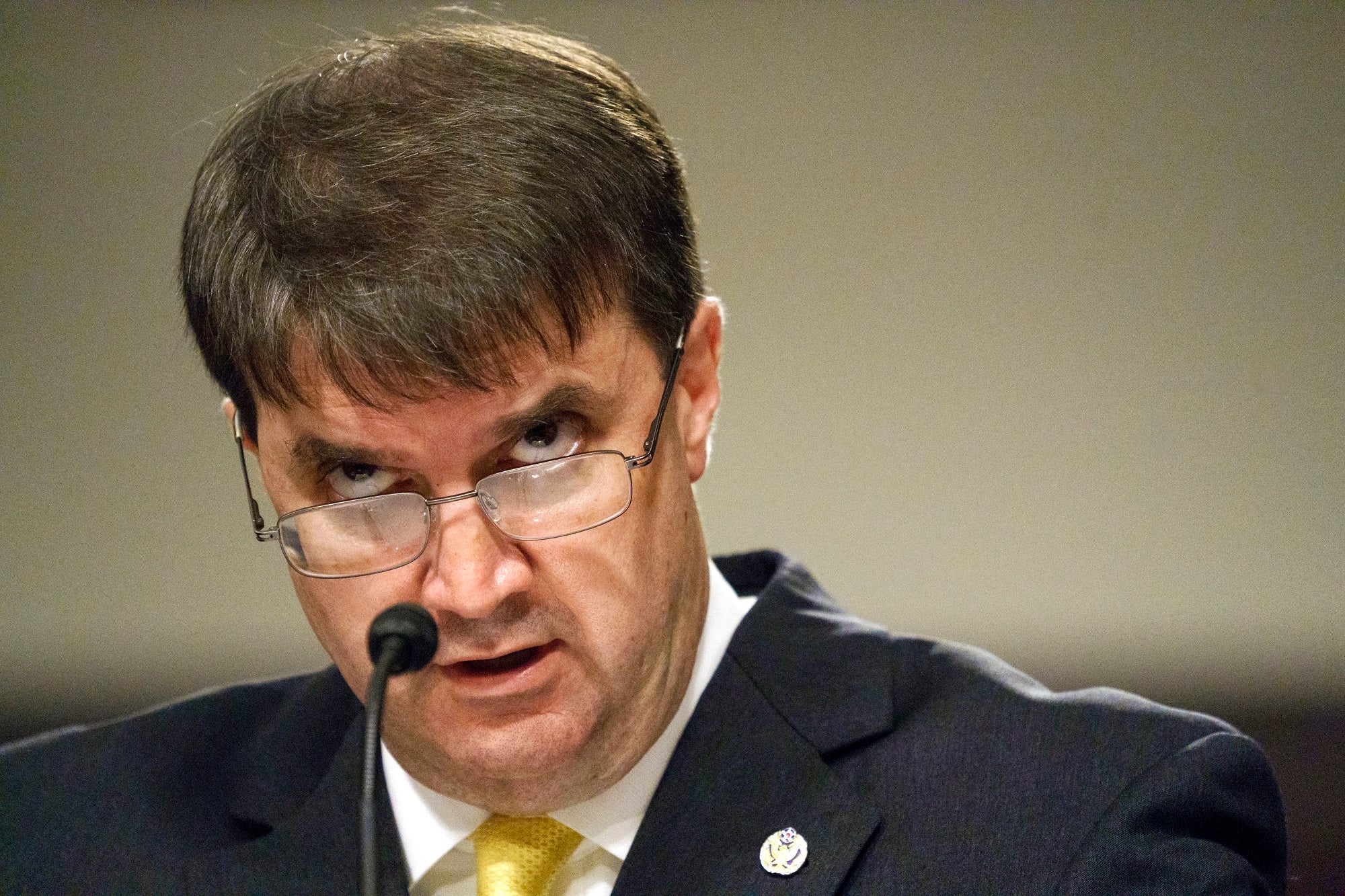 Wilkie won approval on a bipartisan vote of 86-9, securing the backing of many Democrats after insisting at his confirmation hearing that he will not privatize the government’s second-largest department. It was a moment of respite from the sharp political divisions engulfing Trump’s other nominees in the final months before congressional midterm elections.

Wilkie is Trump’s third pick for the job in 18 months. The longtime public official says he will “shake up complacency” at VA, which has struggled with long waits in providing medical treatment to millions of veterans.

In a statement released by the White House, Trump applauded the confirmation vote and said he looked forward to Wilkie’s leadership. “I have no doubt that the Department of Veterans Affairs will continue to make strides in honoring and protecting the heroic men and women who have served our nation with distinction,” he said.

Trump selected Wilkie for the post in May after firing his first VA secretary, David Shulkin, amid ethics charges and internal rebellion at the department over the role of private care for veterans. Trump’s initial replacement choice, White House doctor Ronny Jackson, withdrew after allegations of workplace misconduct surfaced.

Wilkie, a former assistant secretary of defense under President George W. Bush, has received mostly positive reviews from veterans’ groups for his management experience, but the extent of his willingness to expand private care as an alternative to government-run VA care remains largely unknown.

Trump last year pledged he would triple the number of veterans “seeing the doctor of their choice.” Currently more than 30 percent of VA appointments are made in the private sector.

Under repeated questioning at his hearing, the Air Force and Navy veteran said he opposed privatizing the agency of 360,000 employees and would make sure VA health care is “fully funded.” When pressed by Sen. Jon Tester, the top Democrat on the panel, if he would be willing to disagree with Trump, Wilkie responded “yes.”

“I have been privileged to work for some of the most high-powered people in this town,” said Wilkie, currently a Pentagon undersecretary for Defense Secretary Jim Mattis. “They pay me for their opinions, and I give those to them.”

Wilkie’s main task in the coming months will be carrying out a newly signed law to ease access to private health providers. That law gives the VA secretary wide authority to decide when veterans can bypass the VA, based on whether they receive “quality” care, but the program could face escalating costs.

Some Democrats have warned the VA won’t be able to handle a growing price tag, putting it at risk of budget shortfalls next year. Major veterans’ groups want full funding for core VA medical centers, which they see as best-suited to veterans’ specialized needs such as treatment for post-traumatic stress.

As VA secretary, Wilkie also will have more power under a new accountability law to fire VA employees. Lawmakers from both parties have recently raised questions about the law’s implementation, including how whistleblower complaints are handled and whether the law is being disproportionately used against rank-and-file employees rather than senior managers who set policy.

“The tone has been set by President Trump on the direction of VA reforms,” said Dan Caldwell, executive director of the conservative Concerned Veterans for America. “There have been a tremendous number of bills passed in the last year and half, and all will require a lot of work to make sure they are properly implemented.”

Wilkie served as acting VA secretary after Shulkin’s firing in March, before returning to his role as Pentagon undersecretary.

He will replace current acting VA secretary Peter O’Rourke, who clashed with the VA inspector general after refusing to release documents relating to VA whistleblower complaints and casting the independent watchdog as an underling who must “act accordingly.” Under pressure from Congress, the VA agreed last week to provide documents to the IG.

“Robert Wilkie’s long record of public service and his experience serving as acting secretary make him an easy choice to permanently lead the VA. Now, more than ever, we need a strong leader at the helm of the department to ensure our veterans receive the quality of care they deserve. I’ve been an advocate for bringing accountability, reform, and transparency to the VA through legislation like the Department of Veterans Affairs Oversight Enhancement Act, and I look forward to working with Secretary Wilkie on these issues.”

“I believe Robert Wilkie has the necessary experience to lead the VA and has demonstrated a commitment to our veterans. Our veterans have served our country and put their lives on the line to defend our freedoms, and they deserve a VA that will ensure they receive the benefits they have earned in a timely fashion, as well as the quality care they deserve.”