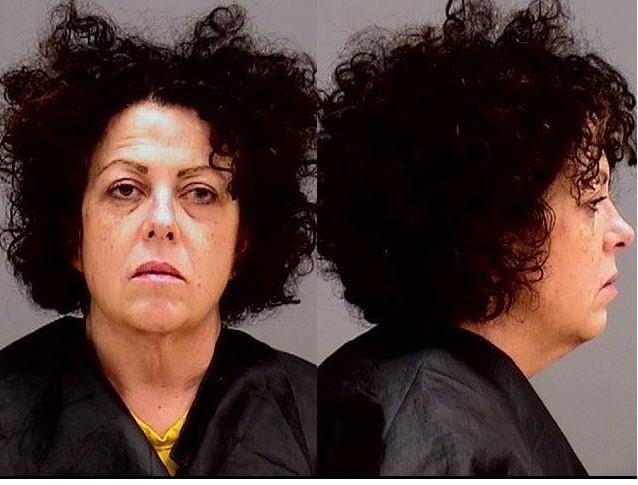 NOBLESVILLE, Ind. (WISH) — A 2-mile police chase along a main thoroughfare ended Wednesday afternoon with a crash into a park sign near downtown, police said.

Sara Lynn Foster, 46, of Noblesville faces preliminary charges of resisting law enforcement and leaving the scene of a crash, said a news release from Noblesville Police Department. She may have also been involved in an earlier crash.

Shortly before 4 p.m., Noblesville officers at State Road 38 and Little Chicago Road received a complaint of reckless driving from a 2010 Chevrolet HHR. Once finding the sport-utility vehicle, police said, the officers activated their emergency lights and attempted to make a traffic stop near the intersection of State Road 32 and Little Chicago Road.

Foster ignored officers and continued east on State Road 32. The vehicle reached speeds of about 90 mph, the release said.

Foster was taken to nearby Riverview Health hospital and later booked into the Hamilton County Jail.

She’s been booked on preliminary charges of reckless driving, operating a vehicle while intoxicated – endangering a person, resisting law enforcement using a vehicle and leaving the scene of an accident.

The release said police are trying to determine if Foster was also involved in an earlier crash on Little Chicago Road between state roads 32 and 38. No injuries were reported in that crash.