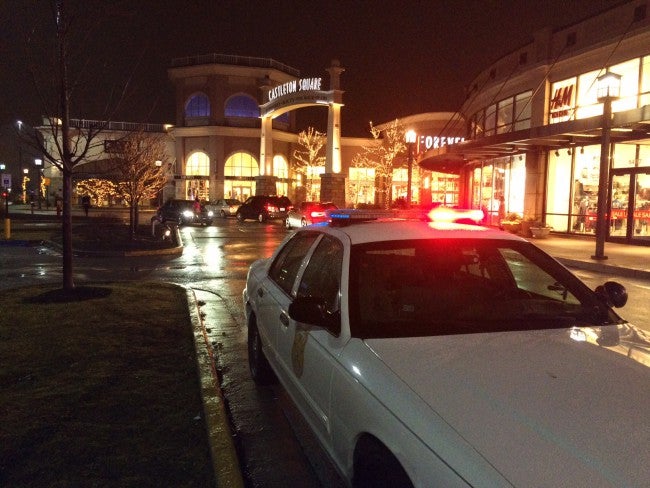 The fight started in the food court, and then it eventually worked its way outside the mall to the front of the AMC theater. Police estimate the fight happened late in the 7 o’clock hour. During the fistfight, there were reports of gunshots, but police were not able to make that determination.

A day later, on Afternoon with Amos, residents were calling for changes to the popular mall. Currently there are no policies for unsupervised teens at Simon’s 112 regional malls in the country. According to an anonymous Castleton employee, unsupervised teens at the mall is a common occurrence.

“I’m talking about 9,10, 11, 12 year olds, sometimes 8 year olds, that are being dropped off on a regular basis,” said the anonymous call to Afternoons with Amos.

Late Monday, a PR firm released this statement on behalf of Simon:

“Castleton Square is proud to be a shopping destination of choice for families throughout Indianapolis.  Our number one priority is to ensure we maintain a pleasant and safe shopping experience for our customers. We have the staffing, technology, and training to ensure that our patrons enjoy the property for the purposes it is intended. We want to express special thanks to IMPD for their efforts on Saturday night. Their quick reaction and activation of the Emergency Response Group were crucial in dispersing the crowds without incident. We have a long established Code of Conduct that is strictly enforced. Anyone who does not respect the Code of Conduct will be asked to leave the premises immediately.”

IMPD beefed up patrols around the mall for the holiday season. The extra effort included bike patrol, horse patrol, and even regular patrol. No word yet on if the department plans on extending the extra police presence.

The department did not make any arrests on the scene because officers were more concerned about maintaining public safety and dispersing the crowd. Some in the crowd did take cellphone video of the brawl, and IMPD is reviewing the footage to determine if there will be an arrest.

If you know who may have been involved with the brawl you are urged to call IMPD. The number is 262-TIPS, or 262-8477. Remember your tip will remain anonymous.