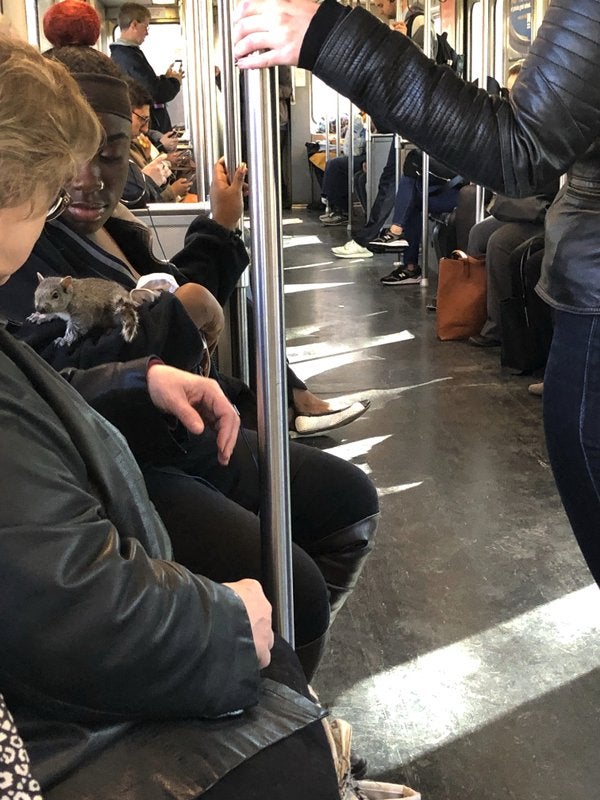 BOSTON (AP) — A surprise passenger hitched a ride on a Boston commuter trolley, frightening some people at first, but warming their hearts when it willingly snuggled in a human passenger’s arms.

Commuters say a squirrel bounded onto a Red Line trolley Monday morning at an aboveground stop, prompting some passengers to hop onto their seats.

Passenger Rosanne Foley, the executive director of the Boston Landmarks Commission, posted a Twitter photo of the squirrel resting on another person’s arm. She tells boston.com someone even tried to feed the rodent a piece of granola bar.

The rodent rider was let off by passengers at another aboveground station.

Massachusetts Bay Transportation Authority spokeswoman Lisa Battiston commended the kindness of passengers but warned against interacting with wild animals on a train.