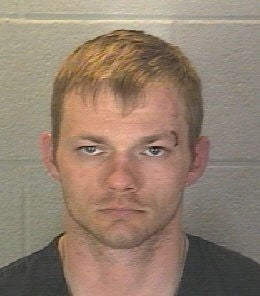 TIPPECANOE CO., Ind. (WLFI) — A Lafayette man has been arrested in connection with an armed robbery at a Monon bank last November.

Indiana State Police say Dustin M. Rodgers, 29, of Lafayette has been charged with one felony count of armed robbery.

He is currently being held in the Tippecanoe County Jail on unrelated charges.

According to jail staff, Rodgers was arrested in April on multiple drug charges, escape and resisting law enforcement.

Rodgers allegedly showed a handgun to the teller and got away with an undisclosed amount of cash, before heading south on foot.

The White County Prosecutor’s Office is handling the case.