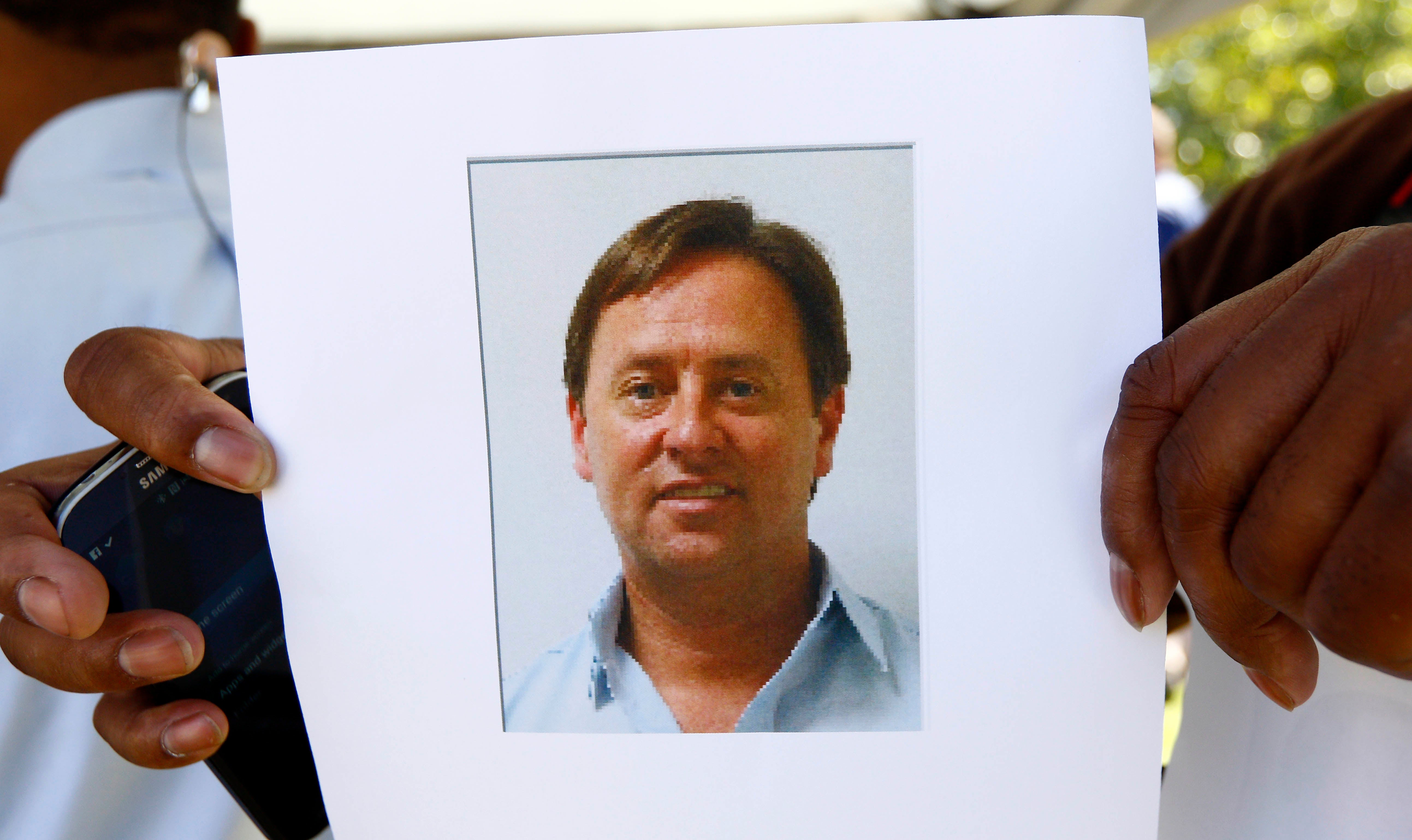 GREENVILLE, Miss. (AP) – A college instructor suspected in the fatal shootings of a woman he lived with on Mississippi’s Gulf Coast and a professor at Delta State University 300 miles away died Monday of an apparent self-inflicted gunshot wound after trying to flee police, authorities said.

Shannon Lamb had earlier told authorities that he was “not going to jail.”

Police in Greenville, Mississippi, were following Lamb as he was driving when the suspect pulled over and jumped out of his car, Lynn Buford, chief of the Delta State University police, told The Associated Press. One of the victims was killed at the university earlier Monday.

Police later heard one gunshot and then found Lamb, Buford said. They took him to a hospital in Greenville where he was pronounced dead of what appeared to be a self-inflicted gunshot wound, Buford said.

Police in Cleveland, Mississippi, where Delta State is located, confirmed Buford’s information at a news conference early Tuesday, adding that Lamb died from a gunshot wound to the head.

Cleveland Police Chief Charles “Buster” Bingham said Lamb was returning from Arkansas when a license plate reader picked up his plate as he crossed a bridge over the Mississippi River.

Greenville police followed Lamb but did not try to apprehend him, Bingham said. Lamb then pulled over and took off on foot. Bingham said the police were waiting for backup when they heard a gunshot. When backup arrived, they searched and found Lamb with a gunshot wound to the head.

Lamb is suspected in the shooting deaths of two people in Mississippi including a woman he was living with and a teacher at Delta State. The shooting sent the entire campus into lockdown, which was lifted late Monday.

Lamb’s death brought to an end a chaotic day that saw terrified students and teachers hunkered down in classrooms for hours. The Delta State campus was put on lockdown as armed officers methodically went through buildings, checking in closets, behind doors and under tables and desks.

University President William LaForge told the AP late Monday that the lockdown had been lifted. He said there would be no classes Tuesday but students, faculty and staff are invited to campus to attend a vigil in the evening to honor the staff member who was killed.

“We’re relieved that this tragedy is over,” LaForge said.

Investigators said Lamb, 45, was a suspect in the slayings of 41-year-old Amy Prentiss, who was found dead in the home she shared with Lamb in Gautier; and 39-year-old Ethan Schmidt, a history professor who was killed in his office on campus in Cleveland.

Officers in the two cities said they had not uncovered a motive for either slaying.

In the news conference, broadcast on WLOX-TV, another officer who was not identified said anyone coming into contact with Lamb should use extreme caution: “His statement was that he was not going to jail.”

Wilson said Lamb made the statement to law enforcement but would not say when or how police spoke to Lamb.

Lamb received a doctorate in education from Delta State University in the spring of 2015, according to his resume posted on the university’s website. He started working there in 2009 and taught geography and education classes, and volunteered with Habitat for Humanity, according to the resume.

The 3,500-student university in Cleveland is in Mississippi’s flat, agricultural region near the Arkansas state line. It was first put on lockdown mid-morning amid reports of an active shooter. Everyone on campus was told to take shelter, away from windows.

Charlie King was in a history class down the hall from where the shooting occurred.

“A few minutes into the class, we heard these popping noises and we all went completely silent,” he said.

Some people thought that it might be a desk or door closing or firecrackers, but King said he thought it sounded like gunshots. A few minutes later a police officer – gun drawn- burst into the windowless room and ordered everyone to get against the wall away from the door. Some people also hid in a storage closet, King said. The officer didn’t explain what was going on, but King said the students understood.

“We put two and two together,” he said. The professor gave the students chairs to throw if the shooter came in, said King’s friend, Christopher Walker Todd.

Eventually police ushered the students into another building and questioned them about what they’d seen and how many shots they heard.

“Everybody’s phone just sort of went off at the same time,” Abraham said. Then a staff member came in and told them that the campus was on lockdown.

Eventually, about two hours or so after the initial lockdown, about 25 heavily armed police officers swept through the building, Abraham said. All of the students were sent back to their dorms and other people such as faculty and students who live off campus were sent to the university’s coliseum, Abraham said, though most were later allowed to leave.

Prentiss’ former husband said she was a “good person” and that their daughter is devastated by her death.

Shawn O’Steen said Monday that he was married to Amy Prentiss for about seven years. They divorced 15 years ago, but remained friends and had a daughter who is now 19.

“She was completely devastated. She and her mother were absolutely best friends,” O’Steen said of his daughter.

The slain professor directed the first-year seminar program and specialized in Native American and colonial history, said Don Allan Mitchell, an English professor at the school, who called him “a gentleman in every sense of the word.”

“Dr. Ethan Schmidt was a terrific family man, a good friend, a true son of Peabody, Kansas, and his beloved Emporia State University,” he said.

One of his history professors at Emporia State University described him as one of the “brightest students” she’d ever taught.

“He was a super competent human being. He was president of his fraternity, in student government. He was an absolutely delightful student,” said Karen Manners Smith.

King, one of the students in Jobe Hall when the shooting happened, attended the same Episcopal church as Schmidt. King was studying history, and Schmidt was his adviser.