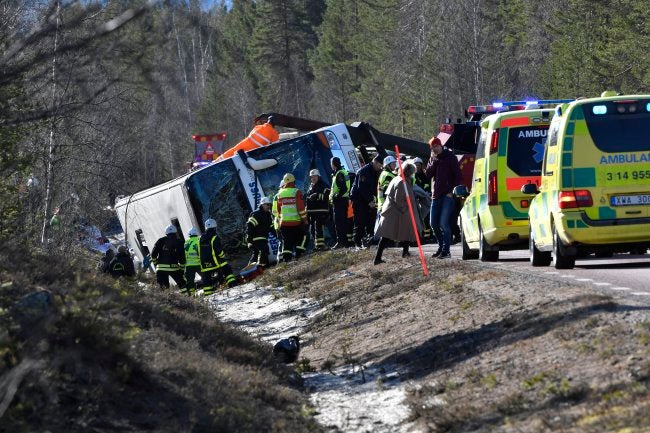 Rescue services spokesman Peter Nystedt said 31 others sustained minor injuries. The 52 high-school students were en route to a ski resort with seven adults, including the driver, when the accident occurred on a main highway south of Sveg, a small town 430 kilometers (260 miles) northwest of the capital, Stockholm.

The cause of the accident was not immediately known but the road reportedly was icy when the accident occurred about 7 a.m. (0500 GMT). Pictures showed the bus lying on its side in a ditch beside the highway.

Prime Minister Stefan Lofven said the accident “leaves me and the whole country in sorrow.”