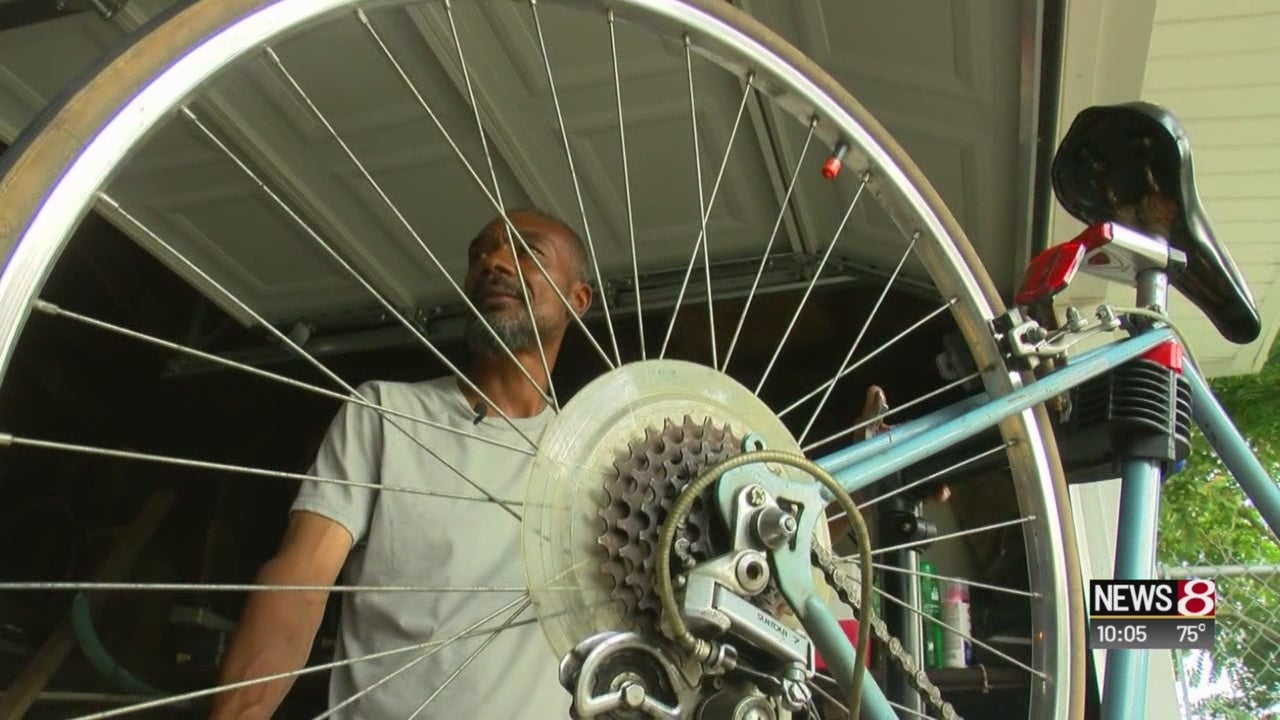 INDIANAPOLIS (WISH) — A bike shop has opened on the near north side of Indianapolis, with the goal of not only repairing bicycles but also helping the teens who run it to gain life skills.

The Biker Boyz & Girlz Shop started just a few weeks ago, and while it’s supported by a local nonprofit, the bike repairs are done by area teens with the help of some adults looking to do their part.

The seed for this bike shop started as more of a dream. A bunch of teens in the area by Harding Street and Edgemont Avenue said they loved bikes and could repair them well.

So the nonprofit The Learning Tree gave them a chance.

“We basically let them do the business and let them learn,” said Samson Terefe, a senior at Butler University who volunteers at The Learning Tree.

With the help of donations from Indianapolis Metropolitan Police Department and Butler Police Department, the teens got some bikes. A new homeowner happy to lend her unused garage at the corner of Edgemont and Harding got them closer to their dream.

“I really care about this neighborhood, and I care about the kids,” said Amanda Wolf, who moved into her home in the spring.

Volunteers and staff from The Learning Tree handle the finances, and this experimental bike shop has taken off.

“They know how to fix it. So you can use your skills and make money off of it,” said Terefe.

The teens get paid for every hour they work at the shop.

“They’re focused on making this business successful,” said Solar Hedrick, who has worked with bikes for years and helps teach the teens about mechanical work.

Not just anyone can be a mechanic, especially as a teen.

“You have to have patience; you have to be detail-oriented,” he said.

In an area residents said has a reputation for being high-crime and low-income, the shop represents a way to create change.

“School can’t be there forever,” Terefe. “This bike shop can really help out.” He hopes the Biker Boyz & Girlz Shop can be a pathway for success.

“These kids sitting here on the porch — they could be doing so many other things right now, but they are here trying to learn a skill,” said William Nowlen, who just bought a bike and is getting it repaired at the shop.

They’re starting to get more business. They’re selling and repairing bikes. On Thursday afternoon, a woman pulled up looking for a tune-up, and a man came looking for a bike.

They’ve got everything they need, and the hope is it’s just the beginning.

The teens working on Thursday were all under 18, and News 8 did not have permission from their guardians to speak with them on-camera, but they said they value their time at the bike shop, especially before school starts.

If you’re interested in helping, the shop is looking for more funding and more donations of bikes. You can find them on Facebook and a GoFundMe page.