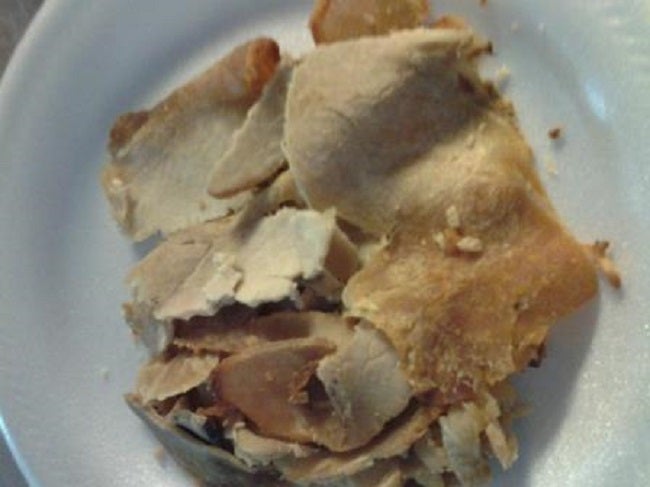 ROGERSVILLE (WATE) – Hawkins County Board of Education called a special meeting to discuss old meat served at nearly every school cafeteria. The meat had been in a freezer for several years before being served.

Board of Education Chairman Chris Christian said he called the meeting to determine what happened after concerned parents and Hawkins County Commissioner Michael Herrell said his child’s school served pork roast to students that had a date from 2009.

School members said they were astonished that there was not a procedure to inventory freezers before the pork was served.

Hawkins County Director of Schools, Steve Starnes, said all eighteen schools had the old pork roast from the same vendor. He said several staff members ate the pork and some students even came back for seconds.

“I don’t think the director of schools understands the severity of the issue,” said Hutson.

“Unbelievable. I mean there’s absolutely no excuse for meat this old being served at any school system,” said Hutson.

Chris Christian with the school board set up the special meeting. He said that he’s “astonished” that there’s no written policy. He said he’s frustrated.

According to Starnes, Joseph Rogers Primary School’s cafeteria was the only one that didn’t serve the meat because workers felt it looked “too tough.” The USDA guidelines for quality and taste for roast are between four and 12 months. The director of schools said they plan to follow the guidelines by the USDA and implement new procedures.

Starnes said each school has a cafeteria manager and they are the ones who decide whether food is put out each day. “Ultimately, I guess I’m held responsible for it as director of schools overseeing everything,” said Starnes.

He told board members on Thursday that a health inspector was at Mooresburg Elementary lasts Thursday and saw the meat. That inspector looked at it and said it was fine, according to Starnes. Starnes said that was the same day he learned the meat was from 2009.

There was no public comment period during the special meeting, but several parents walked up to school officials after the meeting to find out more information.

School board members will be voting on new procedures at their next meeting on May 7.