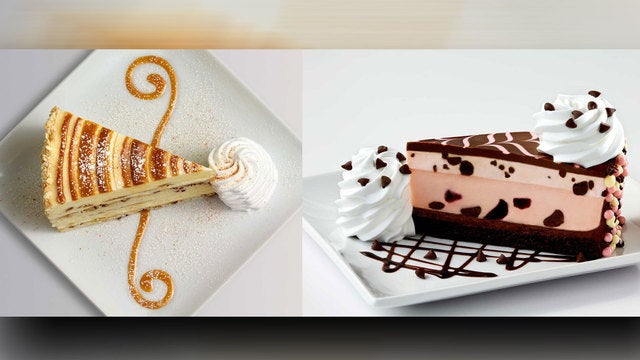 On Monday, July 30, Cheesecake Factory restaurants across the country will mark the day with the introduction of two new cheesecake flavors: the ridiculously delicious Very Cherry Ghirardelli Chocolate Cheesecake and the Cinnabon Cinnamon Swirl Cheesecake.

The Very Cherry Ghirardelli Cheesecake features cherry cheesecake on a layer of fudge cake and loaded with cherries and Ghirardelli chocolate. For every slice sold, the Cheesecake Factory will donate 25 cents to Feeding America, the largest non-profit in America dedicated to fighting hunger through network of foodbanks.

The festivities don’t stop with the two new menu items either: dine-in can get any slice of cheesecake for half the regular menu price. The offer is only valid for dine-in customers on July 30 and is limited to one per guest.