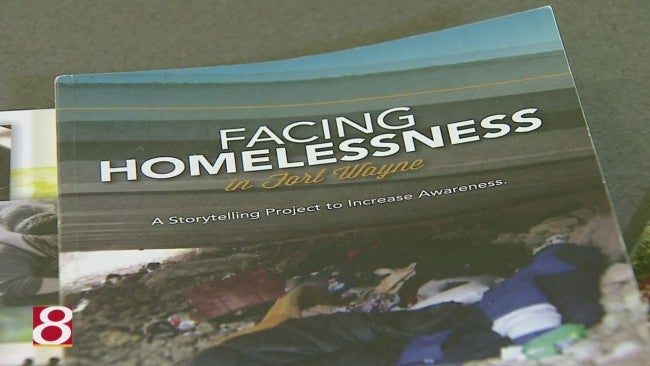 The Facing Project tackles tough topics. From the first project back in 2011-2012 on poverty in Muncie to a host of other topics in other cities, including homelessness and human trafficking, to the latest: depression.

It’s all about writers telling the stories of people facing those issues with the goal of creating conversations. What started as a one time project in Muncie has grown into an international movement. Now a group of Ball State students is leading the latest charge for change.

The 14 students are part of the Ingelhart Scholars program in Ball State’s Journalism department. They’ve spent the year working on the Facing Depression project – a project that’s more than a class assignment. It’s become a part of their lives.

“It comes with a stigma people don’t really understand, so we thought it was a really great topic to bring to Ball State and to talk about,” said Ingelhart Scholar Ellen Hacker, who paired writers with storytellers. “And to kind of bring an understanding of people who go through depression and what that’s like.”

People like Kiah Beeman. The 19-year-old was diagnosed with depression as a high school freshman. Her story is one of 18 being told in Facing Depression. She wanted to get the message out that mental illness is just another disease.

And it’s those conversations about tough topics The Facing Project co-founders, Kelsey Timmerman and J.R. Jamison, want to start in order to lead to community change.

And also impact these student journalists.

“What we hope it does do is create more empathy because we need that in the world,” Jamison said. “Especially with journalists who approach stories with a more empathetic eye.”

Giving a voice to those who might otherwise stay in the shadows.

“So many of my friends that I had no clue had depression before I told them about mine we’ve had such long conversations about depression,” Beeman said. “And it’s really helped us all to heal and be there for each other and feel better just starting the conversation.”

The Facing Project: Facing Depression book will debut April 23rd at Muncie Civic Theatre with monologues from the book brought to life on stage. The Ball State students will also show part of a documentary they’ve made in conjunction with the book.

There currently are 22 other Facing Projects going on in eight states, as well as one in Costa Rica. They have also have created eight college chapters across the country.

More information about The Facing Project can be found here.