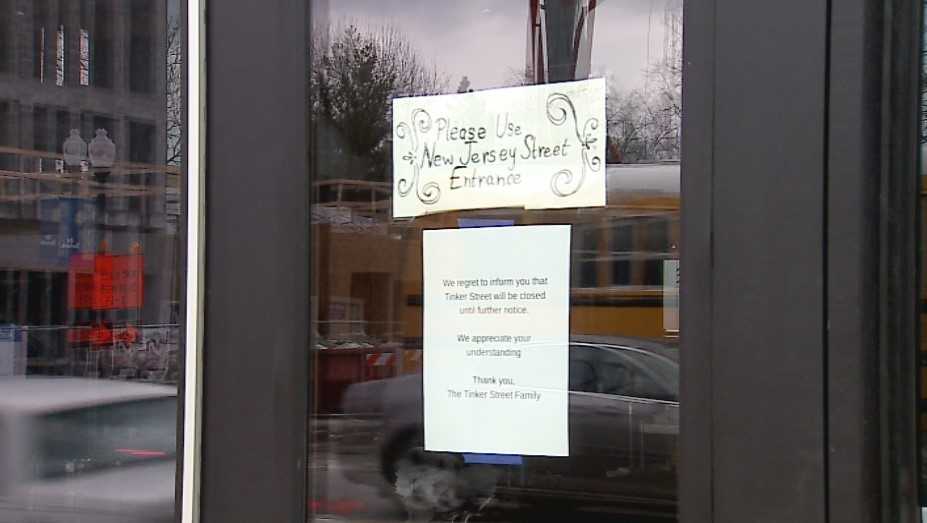 Tinker Street Restaurant & Wine Bar on East 16th Street will operate under a new partnership, with co-founder Tom Main retaining his ownership position and the restaurant’s chef, Braedon Kellner, joining him as a new co-owner.

Former Tinker Street co-owner and co-founder Peter George is no longer associated with the business. George did not respond to requests for comment.

The unfair termination of a Tinker Street server had been the “final straw” for increasingly unhappy staff, according to two employees who spoke anonymously.

George dismissed the female server because of her appearance, they claimed, and informed her it was due to tardiness.

Kellner announced his resignation within days of the employee strike but declined to discuss the specific concerns that led to his departure.

“We regret to inform you that Tinker Street will be closed until further notice,” a sign on the door of the restaurant read, offering no explanation for the sudden closure. “We appreciate your understanding.”

The restaurant shared another post the following day, vowing to “maintain a positive and supportive environment going forward.”

“We’ve worked out a lot of things,” Kellner said Monday after announcing plans to reopen. “I’m excited to be back on board with most of our original staff.”

Main thanked their “loyal customers” and “amazing staff” in a statement, saying he was proud of employees for expressing their concerns and “putting action behind their heartfelt words.”