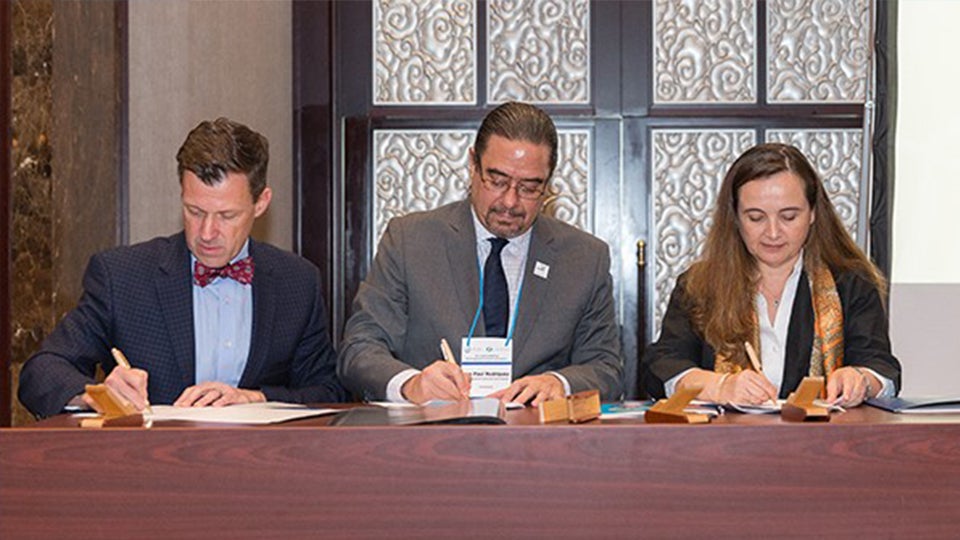 INDIANAPOLIS (Inside INdiana Business) — Indianapolis Zoo President Dr. Rob Shumaker has signed an agreement with the world’s largest and most important environmental conservation organization to locate a first of its kind global center in Indianapolis.

The agreement with the International Union for the Conservation of Nature creates the first Global Center for Species Survival, which will support an estimated 9,000 experts and scientists around the world and make Indianapolis a hub for global species preservation, according to an announcement from the zoo.

The center was first proposed by Indianapolis Zoo Chief Executive Officer Michael Crowther in 2017 and is supported by a $4 million start-up grant from Lilly Endowment Inc.  The zoo says the center will solidify its role as an international conservation hub.

“It’s no exaggeration to say that every significant conservation project in the world will be touched by the Global Center for Species Survival,” said Shumaker. “This is the next important step in our Zoo’s commitment to advancing animal conservation, and it fundamentally transforms our ability to make a genuine difference in protecting the natural world.”

The GCSS will employ nine experts, who will be based out of the zoo, with a new operating space being constructed. The center will also serve as a location for international meetings and conferences.

The agreement was signed Monday during the IUCN’s Species Survival Commission Leaders Meeting in Abu Dhabi.

The center is expected to open at the zoo in 2020.