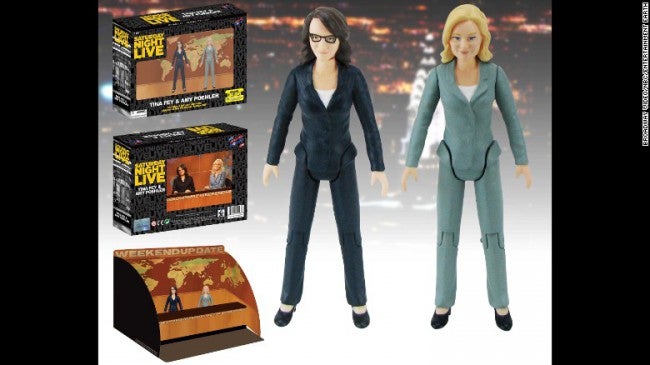 Tina Fey and Amy Poehler figurines will feature a fold-out diorama of the “Weekend Update” set.

The company Entertainment Earth will release the figures during the annual San Diego Comic-Con. The company only made 2,400, so they are expected to sell fast.

The figurines are dressed in identical suits and Fey has on her trademark eyeglasses.

Entertainment Earth’s brand manager Jodie Winters said the creation of the Seth Meyers bobblehead last year did well so they thought they would bring more fun for their fans.