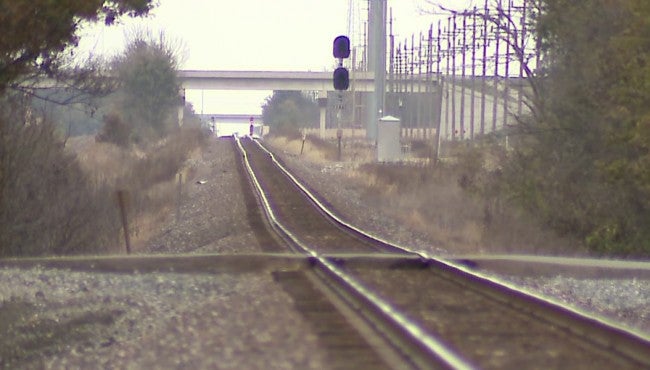 BURROWS, Ind. (WISH) — An incident near the railroad tracks left a 14-year-old girl with severe injuries after the sheriff said she was hit in the head with a possible railroad spike.

It happened last Friday night in Burrows near Delphi in Carroll County.

24-Hour News 8 learned the 14-year-old girl was airlifted to Riley Hospital for Children in Indianapolis. A spokesperson for the hospital said the girl is now listed in stable condition as of Monday night.

The Carroll County sheriff told 24-Hour News 8 they are looking into the possibility that a railroad spike became loose and hit her in the head as she waited with a friend for the train to pass.

People who live in Burrows would describe it as a small town where everybody knows everybody.

Cindy Byers has lived in Burrows since she was 5 years old and said she heard about what happened to the 14-year-old girl and her friend.

“We are praying for the family because that’s just terrible, you know,” said Byers. “I mean you wouldn’t want that to happen to your family.”

Byers also lives across the street from the railroad tracks where it happened.

“We saw an ambulance go past our house, and it stopped down here,” she said. “We were like, oh my gosh, did somebody get hit by a train? You know, we didn’t know.”

Carroll County dispatch got a call around 7:46 p.m. last Friday night for an injured girl near the tracks about 12 miles away from Delphi.

“They began medically attending to her, as well as the young man. They were both injured, but her injuries seem to be far more severe,” said Carroll County Sheriff Tobe Leazenby.

The sheriff said the girl was airlifted to Riley Hospital for Children with what was described at the time as a major head injury. Her friend was also injured. The sheriff said he had cuts below his neck.

“At this stage, the investigation appears to be somewhat of an unusual or freak type incident,” he said.

From what investigators have been able to gather so far, the sheriff said the 14-year-old girl was standing with her friend near the tracks. They were waiting for the train to pass so they could cross when both were hit by a piece of metal, believed to be six to eight inches or longer.

“At this point that possibly a railroad spike had either worked its way loose from the railroad bed or was part of the process and may have caused the injury,” he said.

24-Hour News 8 learned the railroad police are in the process of reviewing video from the train as part of the investigation.