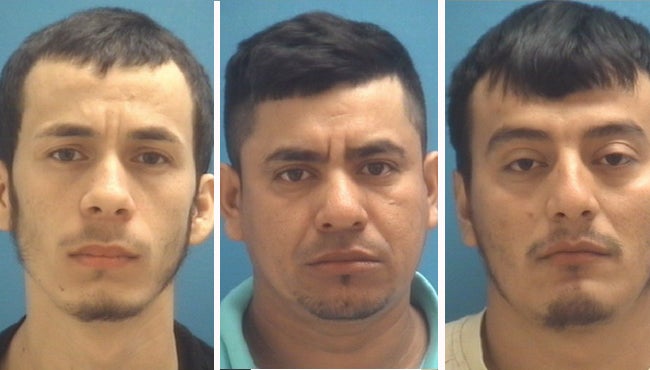 COLUMBUS, Ind. (WISH) – Indiana State Police say a busted taillight on a car led to the arrest of three men who had a large amount of meth in their vehicle.

It happened Sunday around 4:45 a.m. A trooper saw a Chevy Malibu with a broken taillight traveling southbound on Interstae 65 near the 66 mile marker.

According to police, the trooper stopped the car and spoke with the driver and two passengers inside, none of which had driver’s licenses.

A K-9 officer who responded to the scene detected a presence of drugs in the car. During a search of the vehicle, about 100 grams of meth was found. Police say on the street, that amount would be worth $10,000.

The driver, 23-year-old Rony Adalid Ordonez-Rivera, of Waukegan, Illinois was arrested along with both passengers, 39-year-old Carlos Antonio Maradiago-Garcia and 29-year-old Jose Eleny Morales-Mejia, both of Jacksonville, Florida. They were transported to the Bartholomew County Jail and face various drug charges.