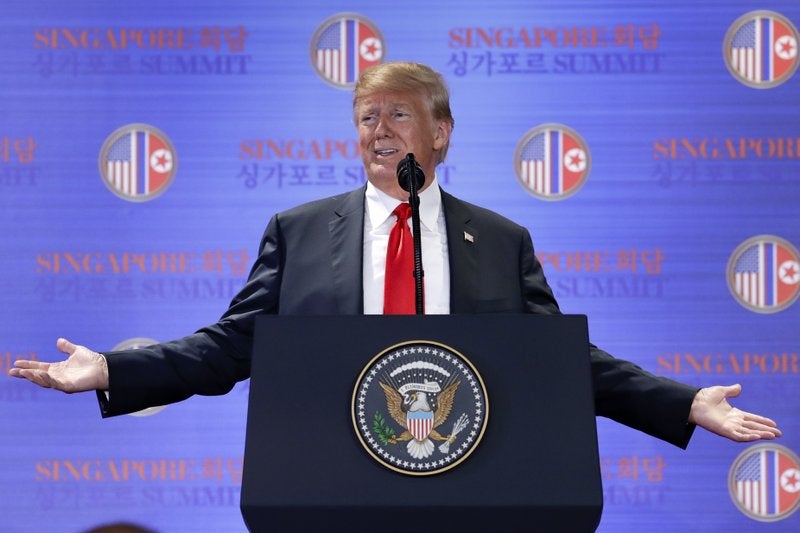 WASHINGTON (AP) — President Donald Trump warned Harley-Davidson on Wednesday “we won’t forget” about the company’s decision to shift some motorcycle production overseas, and suggested that the Wisconsin-based company will lose out to its competitors.

His comments extended his feud with Harley-Davidson into a third day, tweeting that the motorcycle manufacturer, which already has some production in foreign markets, “should stay 100 percent in America.” He added: “I’ve done so much for you, and then this.”

“We won’t forget, and neither will your customers or your now very HAPPY competitors!” Trump tweeted.

Harley-Davidson said Monday it was moving production of motorcycles sold in Europe from U.S. factories to facilities overseas because of retaliatory tariffs it faces in an escalating trade dispute between involving Trump’s administration and the European Union. Harley-Davidson spokesman Michael Pflughoeft declined to comment on the president’s tweet.

The iconic motorcycle brand is the latest U.S. corporation to run afoul of the U.S. president, who has attacked Amazon as a tax dodger and scamming the U.S. Postal Service.

Trump, who will hold events in Wisconsin on Thursday, threatened Harley-Davidson earlier in the week, writing that any shift in production “will be the beginning of the end.” He added: “The Aura will be gone and they will be taxed like never before!”

Harley-Davidson executives met with Trump at the White House last year after Trump canceled a visit to the company’s headquarters in Milwaukee because protests had been planned.