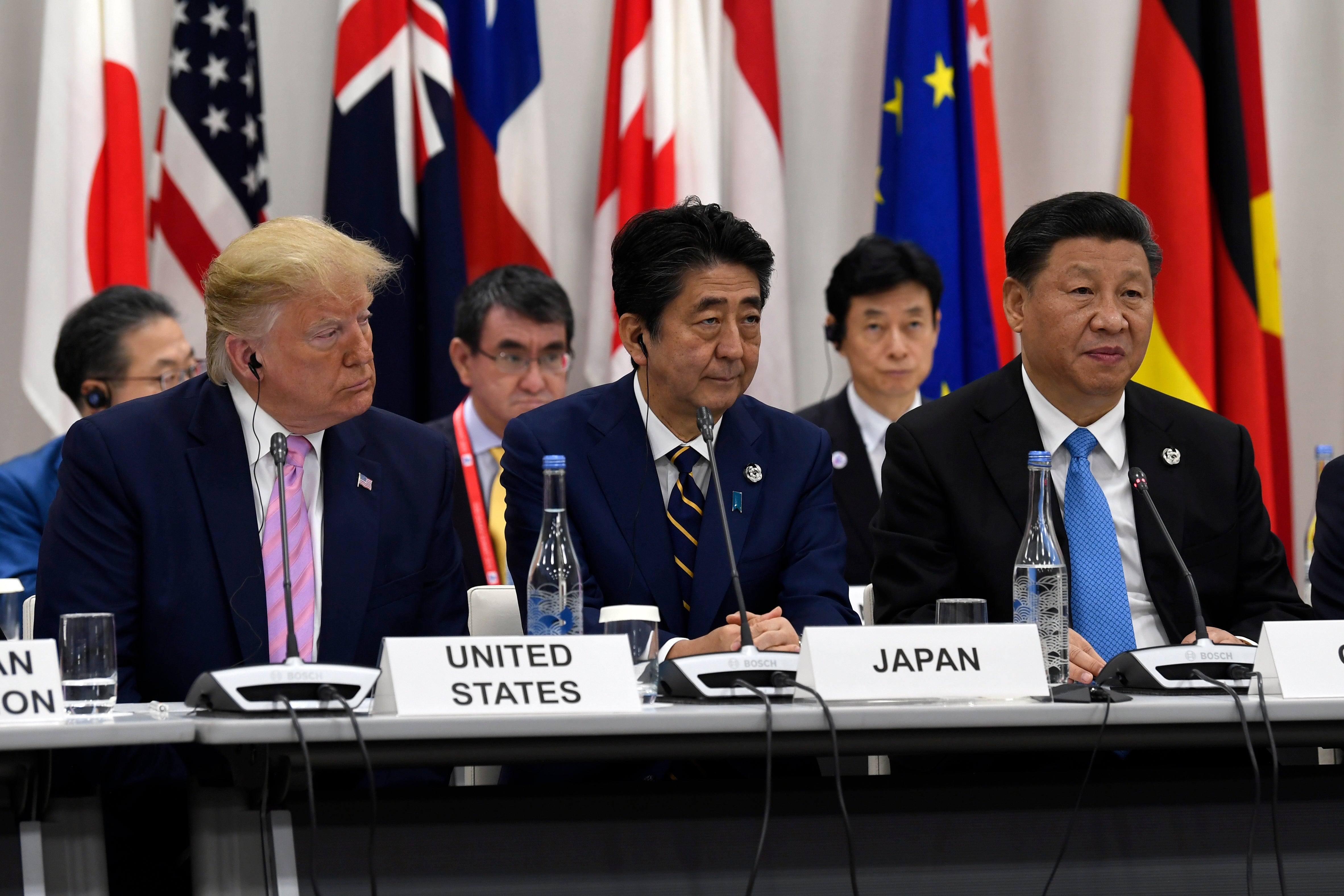 OSAKA, Japan (AP) — A trade war between two economic titans will face a critical junction Saturday, when President Donald Trump meets China’s Xi Jinping at a moment when both sides are signaling a desire to de-escalate the year-long conflict, yet seem unwilling to compromise.

The meeting, which will take place on the sidelines of the international Group of 20 summit in Japan, was the centerpiece of four days of diplomacy for Trump, whose re-election chances have been put at risk by the trade war that has both hurt American farmers and battered global markets. Tensions have only risen in recent weeks after negotiations collapsed last month, as the two sides levied intensifying eye-for-an-eye punishments.

Trump struck a cautiously optimistic tone on the eve of his high-stakes meeting with Xi.

“At a minimum, it’ll be productive,” Trump said Friday. “We’ll see what happens tomorrow. It’ll be a very exciting day I’m sure. It’s going to come out hopefully well for both countries.”

The meeting with Xi is one of three Trump is holding Saturday with world leaders displaying authoritarian tendencies.

Trump will have his first face-to-face sit-down with Saudi Arabia’s Mohammed Bin Salman since the U.S. intelligence community concluded that the crown prince directed the grisly murder of Washington Post columnist, and American resident, Jamal Khashoggi last year. And he will meet with Turkish President Recep Tayyip Erdogan, an ostensible NATO ally whom the U.S. sees as drifting dangerously toward Russia’s sphere of influence.

Meeting with the Saudi crown prince, Trump praised his “friend” for taking steps to open up the kingdom and extend freedoms to Saudi women.

Both of those meetings come the day after Trump, with a smirk and a finger point, dryly told another authoritarian leader, Russia’s Vladimir Putin, “Don’t meddle with the election” in their first meeting since the special counsel concluded that Russia extensively interfered with the 2016 campaign.

The diplomacy plays out as Trump’s re-election campaign battle is beginning to heat up, a contest that could be partially defined by whether a resolution to the trade war with China can be found before more economic pain is inflicted on Americans.

The president has threatened to impose tariffs on an additional $300 billion in Chinese imports — on top of the $250 billion in goods he’s already taxed — extending his import taxes to virtually everything China ships to the United States. He has said the new tariffs, which are paid by U.S. importers and usually passed onto consumers, might start at 10%. Earlier, the administration had said additional tariffs might reach 25%.

The two countries are sparring over the Trump administration’s allegations that Beijing steals technology and coerces foreign companies into handing over trade secrets. China denies it engages in such practices. The U.S. has also tried to rally other nations to block Chinese telecom firm Huawei from their upcoming 5G systems, branding the company a national security threat and barring it from buying American technology.

Beijing has retaliated by levying its own tariffs on goods from the United States. On Friday, it criticized what it calls “negative content” about China in legislation before the U.S. Congress, saying it would further damage relations already roiled by disputes over trade and technology.

But if history repeats itself — and most analysts are betting it will — Trump and Xi will agree to some kind of cease-fire.

Indeed, a senior administration official sought to downplay expectations last week by suggesting that the primary goal for the Trump-Xi meeting is simply an agreement to restart negotiations. The official, who spoke on condition of anonymity to describe White House thinking, said the hard work of finalizing the complex details of any broad new accord would come later, when negotiating teams for the two sides meet.

Under the cease-fire scenario, existing tariffs and counter-tariffs on many of each other’s goods would remain in place. But no additional import taxes would take effect. This would buy time for U.S. and Chinese officials to restart talks that stalled last month after 11 rounds of negotiations. Trump said Friday he had not agreed to a cease-fire with Xi as a precondition for their meeting.

The last time Trump and Xi met — in early December at a G-20 gathering in Buenos Aires, Argentina — they called a truce. That arrangement injected some new momentum into talks between the world’s two biggest economies.

As for Saudi Arabia, Trump has long sought to minimize the crown prince’s role in Khashoggi’s murder, and has been reluctant to criticize the killing of the royal critic. His administration views the kingdom as the lynchpin of its Middle East strategy to counter Iran. The meeting Saturday comes a week after Trump came to the brink of ordering a military strike on that Iran in retaliation for it downing an American unmanned spy-plane. Trump is also relying on the Saudi government to support his administration’s elusive Israel-Palestinian peace plan, which is being developed by his son-in-law, Jared Kushner.

With Erodogan, Trump will find himself trying to paper over differences over Turkey’s planned purchase of the Russian-made S-400 surface-to-air missile system. U.S. officials have threatened that purchase would halt the sale of the U.S.-made F-35 Joint Strike Fighter, though Erdogan’s government has called it a done deal. The pair will also be called to continue difficult discussions about Syria, as Trump’s ordered withdrawal has been slowed.

Associated Press writers Patrick Quinn in Beijing and Paul Wiseman in Washington contributed to this report.