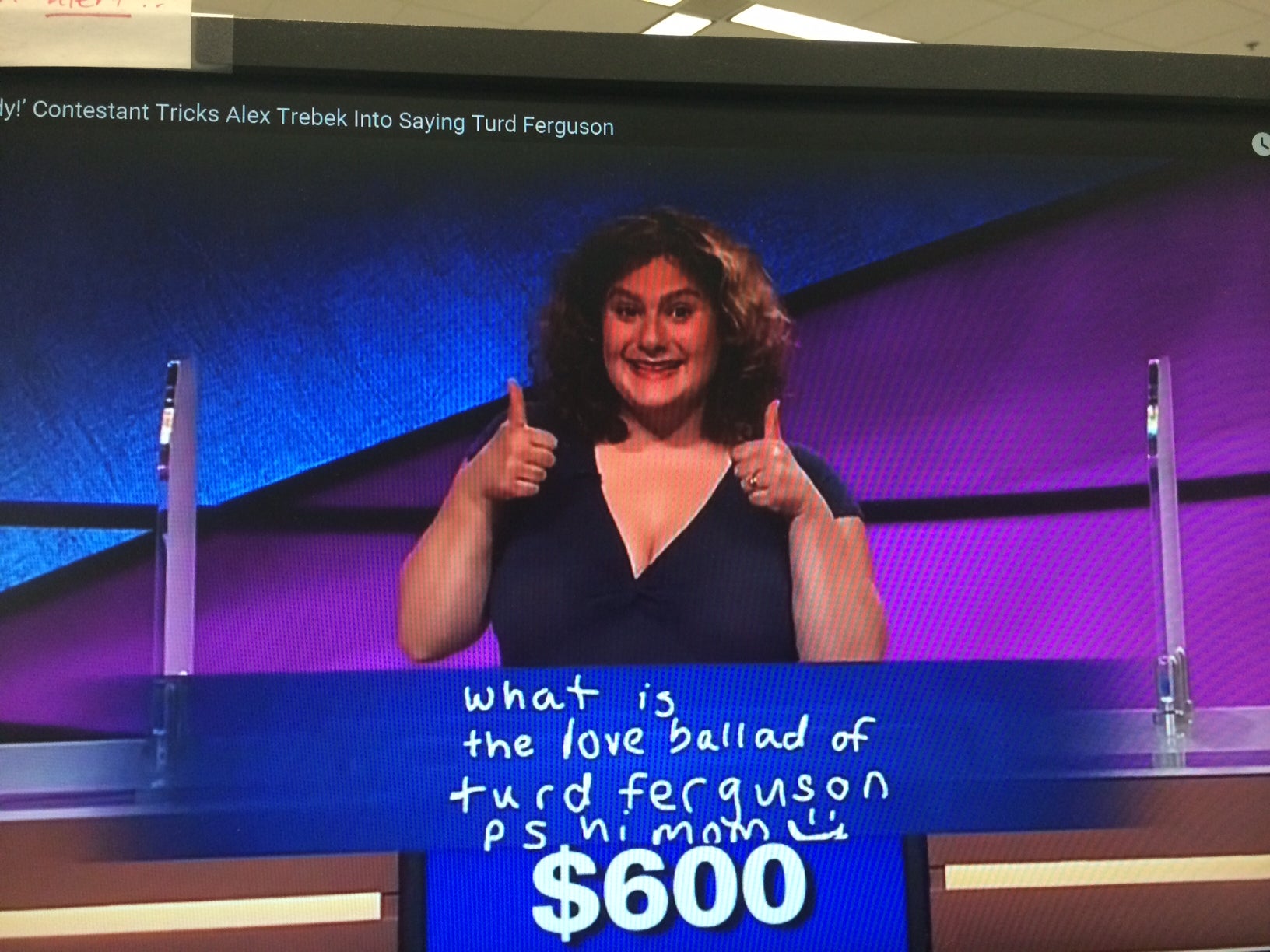 BURBANK, Calif. (CNN) – If there is a trolling hall of fame, Talia Lavin deserves to be inducted.

Lavin managed to get “Jeopardy” host Alex Trebek to say “Turd Ferguson” during final jeopardy Wednesday. As fans of “Saturday Night Live” know, that name is what Norm MacDonald (as Burt Reynolds on the late night show’s “Celebrity Jeopardy” skit) forces Will Ferrell (as Trebek) to call him because “it’s a funny name.”

In final Jeopardy, the category was “Oscar-nominated songs” and the clue was: “This song from a 1999 animated film about censorship had a word censored from its Oscar performance.”

Lavin’s answer, written on her screen, said “What is the love ballad of turd ferguson p.s. hi mom?” — which Trebek read out loud.

While she lost $600, taking her to a balance of zero, Lavin won the Internet’s heart.

“The woman who got Alex Trebek to say turd ferguson is my hero…” tweeted Kyle Gallner.

Lisa Davis tweeted: “I am still recovering from the amazing episode of Jeopardy tonight.”

The real answer, in case you were curious, is the song “Blame Canada,” from the film “South Park: Bigger, Longer and Uncut.”

Below is video of the Celebrity Jeopardy skit on SNL’s 40th Anniversary Special. Note: Some viewers might find the content offensive. 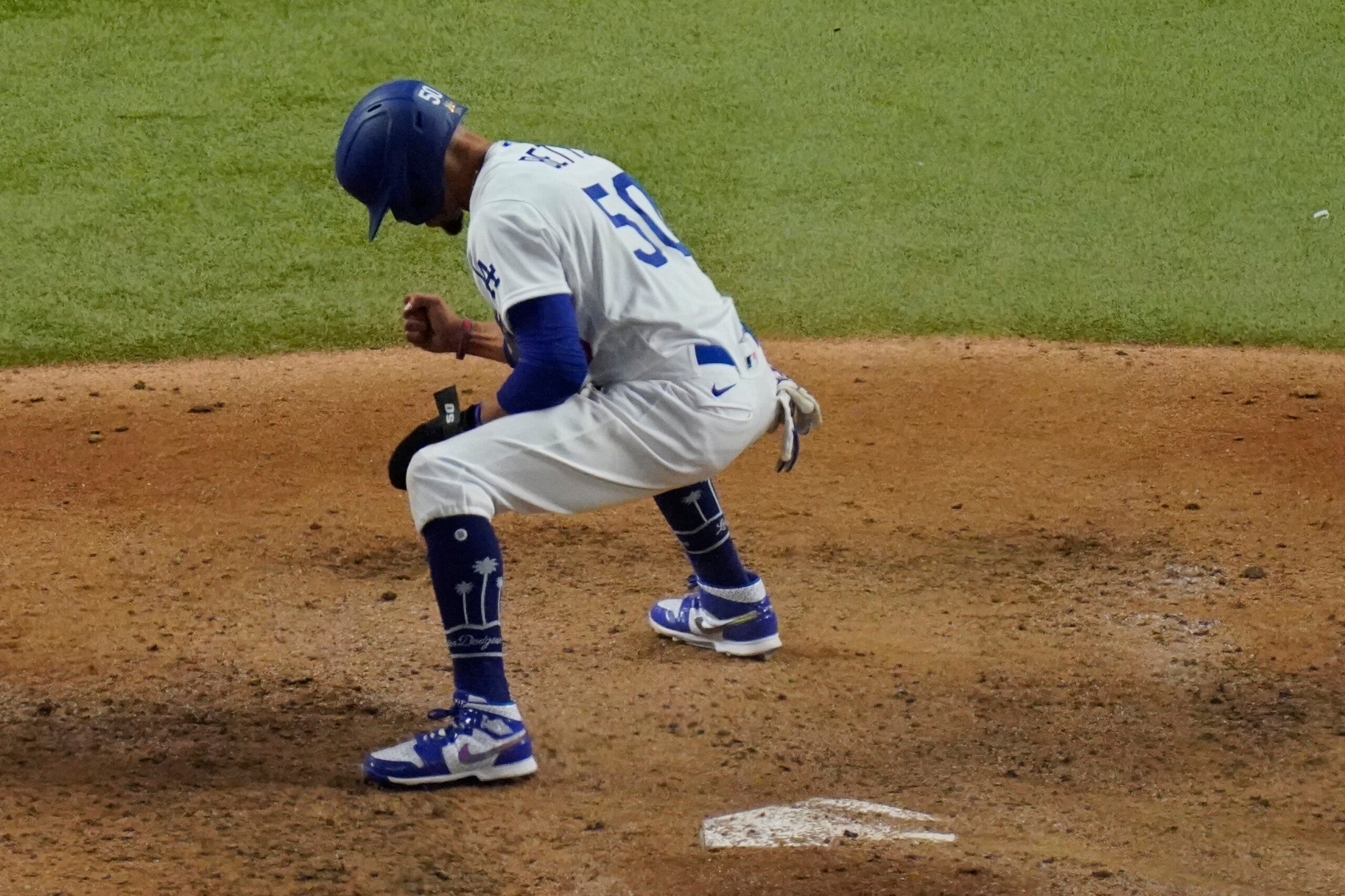 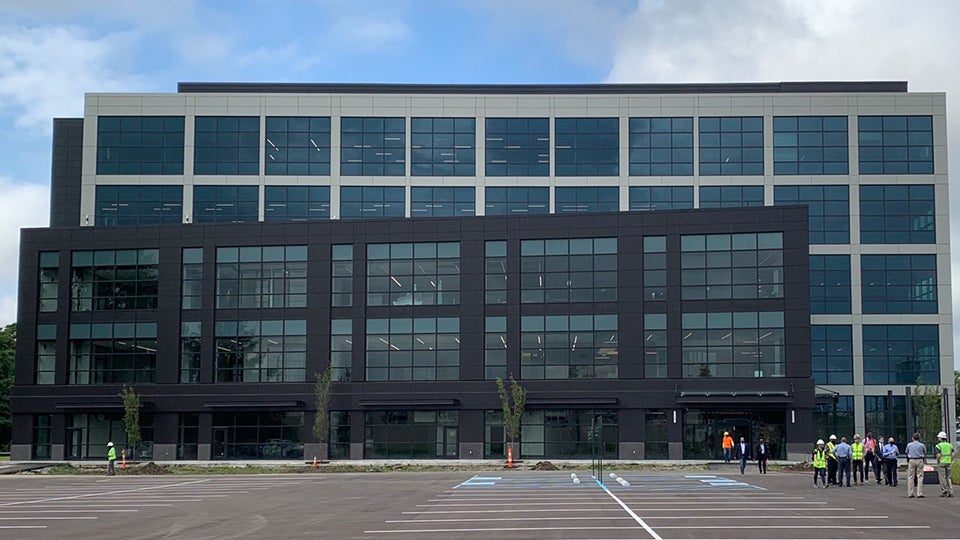