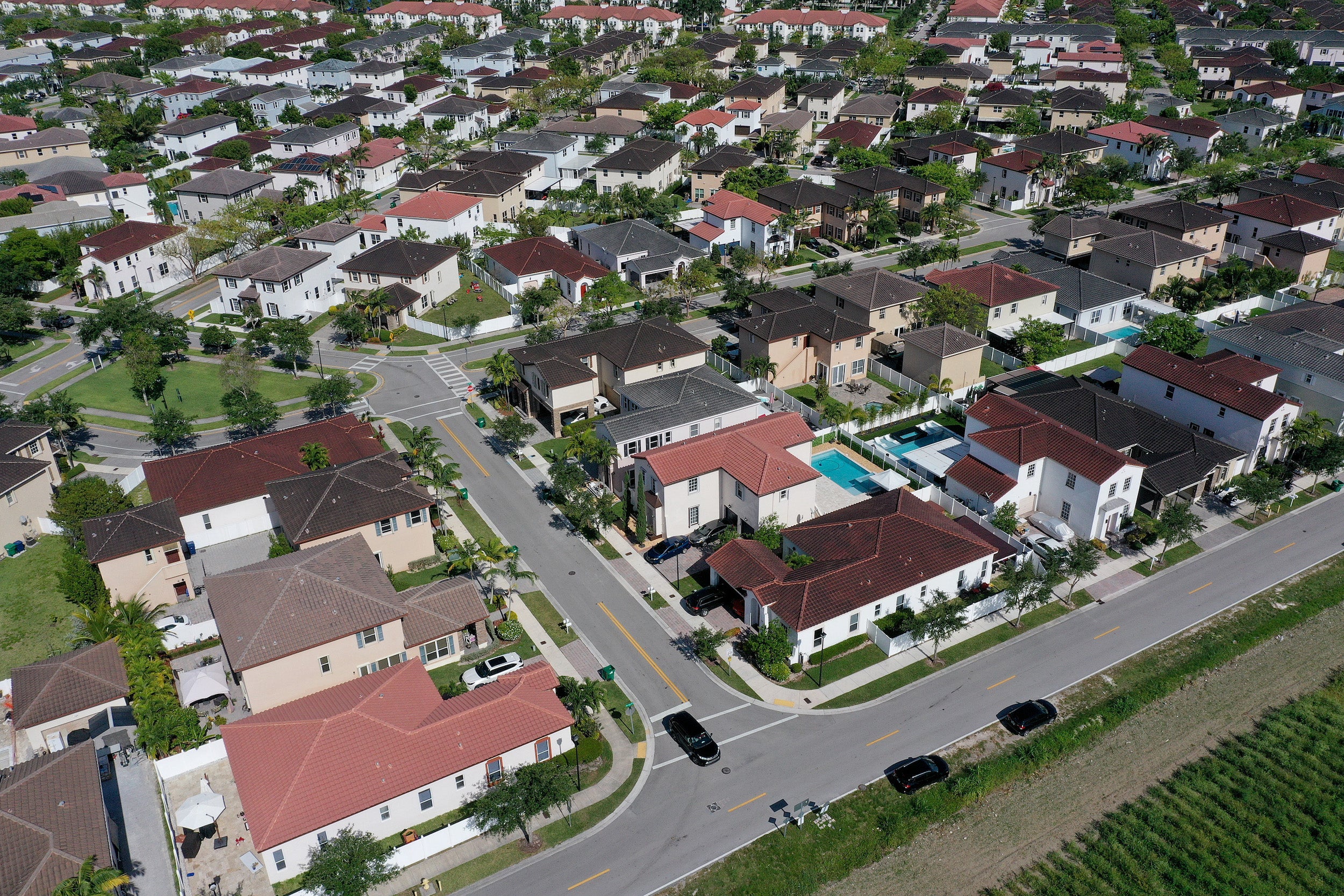 (CNN) — US home prices continued to climb in July. But the market showed signs of cooling as rising mortgage rates pushed more prospective buyers to the sidelines.

Home prices rose 15.8% in July from the year before, a smaller jump than the 18.1% growth seen in June, according to the S&P CoreLogic Case-Shiller US National Home Price Index. The 2.3 percentage point difference between those two months is the largest deceleration in the history of the index.

On a monthly basis, prices fell 0.2% from June, the first month-over-month decrease for the national index since February 2012.

All 20 cities reported lower price increases in July compared to the prior year.

Tampa notched the biggest gains, with home prices rising 31.8% in July from the year before. It was followed by Miami, which was up 31.7%, and Dallas, with a 24.7% increase.

“As the Federal Reserve continues to move interest rates upward, mortgage financing has become more expensive, a process that continues to this day,” said Lazzara. “Given the prospects for a more challenging macroeconomic environment, home prices may well continue to decelerate.”

A separate report from the Federal Housing Finance Agency Tuesday showed a similar trajectory in home prices in July. The FHFA House Price index, which measures changes in single-family home values, reported that home prices rose 13.9% year-over-year in July, but fell 0.6% from the previous month. It is the first monthly decline in home prices since May 2020, the agency said.

Mortgage rates in July were about double what they were the year before. After climbing to nearly 6% in mid-June, recession fears made rates more volatile.

Mortgage rates have been rising amid a series of aggressive interest rate hikes by the Federal Reserve as it tries to tame runaway inflation. The Fed does not set the rates borrowers pay on mortgages directly, but its actions influence them. Mortgage rates tend to track the yield on 10-year US Treasury bonds. As investors see or anticipate rate hikes, they often sell government bonds, which sends yields higher and mortgage rates rise.

“The gradual slowdown can be attributed to higher interest rates, which has tempered what many homebuyers can afford and, in turn, has softened home sales,” Reich said.

In some markets — particularly those that saw a high influx of buyers as a result of remote working during the pandemic — home price growth is beginning to moderate, he said.

“The combination of still-tight inventory in most markets and buyers trying to lock in a fixed monthly payment before rates rose even higher ensured that prices continued advancing,” said George Ratiu, senior economist and manager of economic research for Realtor.com. “However, the upward momentum has lost steam and it is clear that the market peak is now firmly behind us.”

For buyers, the downshift in price gains holds the promise of better opportunities in the months ahead, said Ratiu.

“The share of homes with price cuts reached about 20% in August, the same level we saw in 2017 when real estate markets were on much more balanced footing,” he said. “As mortgage rates are expected to keep rising, and current prices become even less sustainable for most buyers’ budgets, price cuts are likely to continue expanding.”

For homeowners planning to sell, today’s market is significantly different than the one from even three weeks ago, he added.

With the typical monthly mortgage payment now several hundred dollars higher than it was last year due to surging interest rates, the number of qualified buyers has gotten much smaller.

“Sellers who have a firm grasp of local market conditions and price accordingly from the get-go will be more likely to grab buyers’ attention and ensure a successful transaction,” said Ratiu.