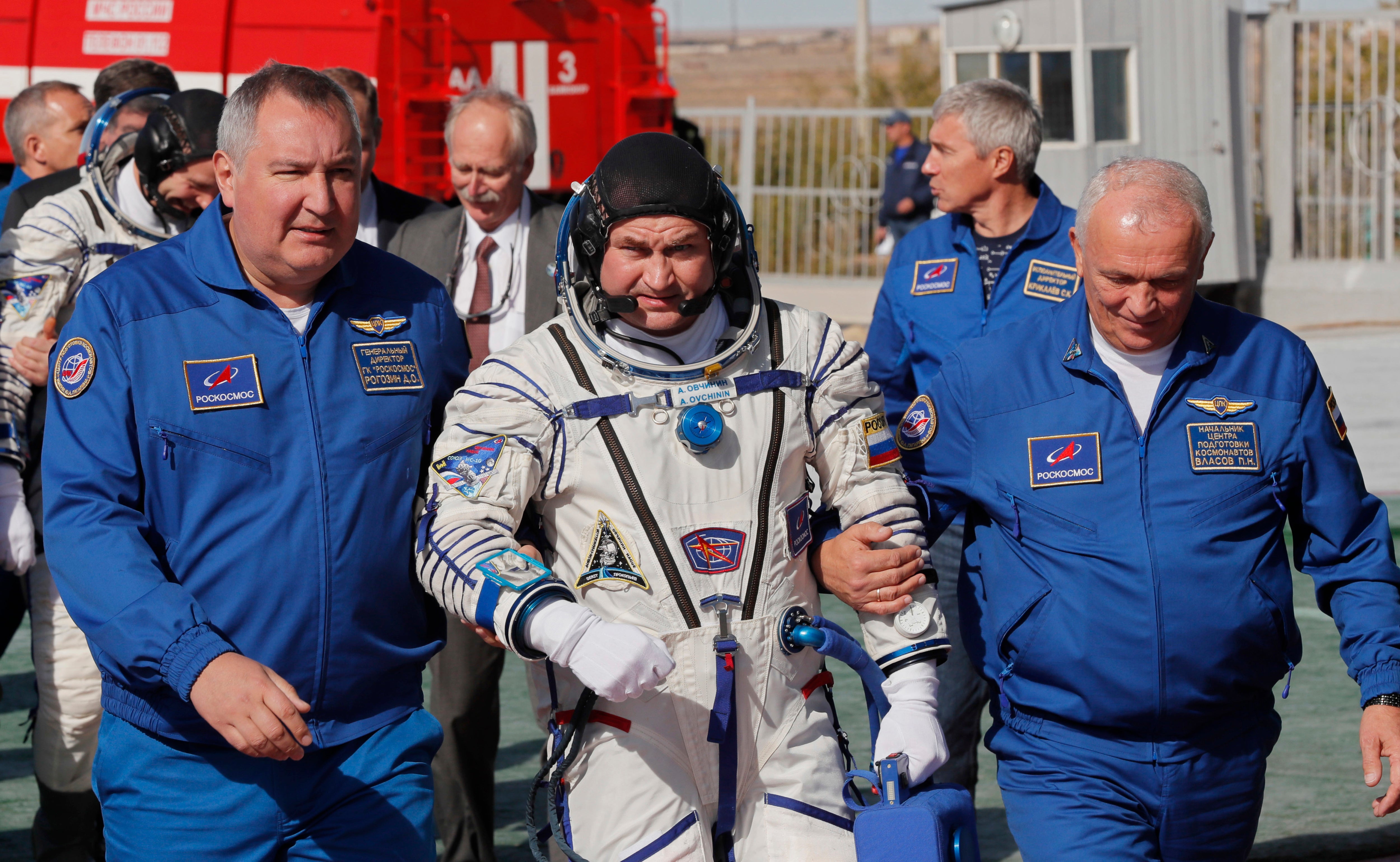 BAIKONUR, Kazakhstan (AP) — Two astronauts from the U.S. and Russia were safe after an emergency landing Thursday in the steppes of Kazakhstan following the failure of a Russian booster rocket carrying them to the International Space Station.

NASA astronaut Nick Hague and Roscosmos’ Alexei Ovchinin lifted off as scheduled at 2:40 p.m. (0840 GMT; 4:40 a.m. EDT) Thursday from the Russia-leased Baikonur cosmodrome in Kazakhstan atop a Soyuz booster rocket. Roscosmos and NASA said the three-stage Soyuz booster suffered an emergency shutdown of its second stage. The capsule jettisoned from the booster and went into a ballistic descent, landing at a sharper than normal angle.

The launch failure marks an unprecedented mishap for the Russian space program, which has been dogged by a string of launch failures and other incidents.

They were to dock at the orbiting outpost six hours later, but the booster suffered a failure minutes after the launch.

NASA and Russian Roscosmos space agency said the astronauts were in good condition after their capsule landed about 20 kilometers (12 miles) east of the city of Dzhezkazgan in Kazakhstan.

Search and rescue teams were heading to the area to recover the crew. Dzhezkazgan is about 450 kilometers (280 miles) northeast of Baikonur. Spacecraft returning from the ISS normally land in that region.