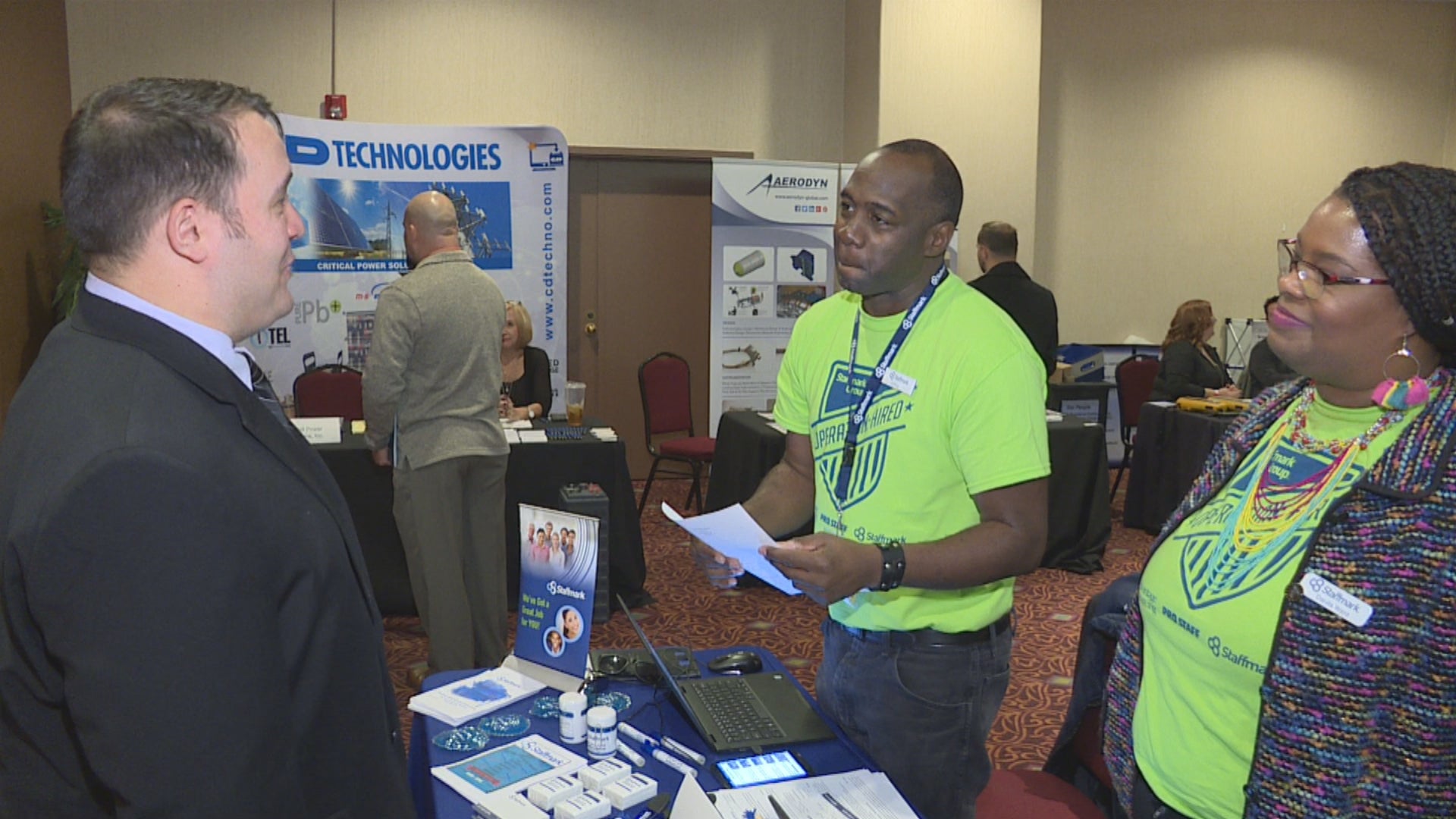 INDIANAPOLIS (WISH) — Hundreds of Hoosier veterans on Thursday came to a job fair tailored to them.

Recruit Military and the nonprofit DAV hosted a job fair for active duty military veterans and their spouses. Forty-two employers met, greeted and interviewed veterans at the Murat Shrine Temple.

For the past eight months, Marine Corps veteran Dimitri Wallace has searched for work while going to school. “It’s a little frustrating,” Wallace said. “I feel like, as a veteran, more opportunities should be afforded and more chances should be taken.”

He’s 25 years old and got out of the military in April. “People see me and they think ‘Oh, this 25-year-old kid, how does he have managerial experience already at such a young age?’” Wallace said.

He said he got some promising job leads at the fair. “I feel a lot more motivated.”

The U.S. Department of Labor says the veteran unemployment rate dropped to 3.2% in September.

“Somebody that doesn’t have that military background, maybe an employer that’s maybe never had experience with military, they may read that resume and say ‘I am not sure if this person really meets what I’m looking for.’”

Hadac added, “I hope that every veteran knows their skill sets are in demand and there are companies that want to hire them.”

Adam Getz wants a head-start. He flew to Indianapolis from Maryland for Thursday job fair. He has been in the Army for the last 18-1/2 years and plans to move to Indianapolis in 2021.

“For me, what I’m trying to do is learn what I don’t know. What’s it like out here in the civilian sector? I have education and skills that I’ve learned in my time in the Army. How to I translate the terms in the Army to civilian terms?” Getz said.

The next Recruit Military/DAV job fair is scheduled for June 11 at Lucas Oil Stadium.