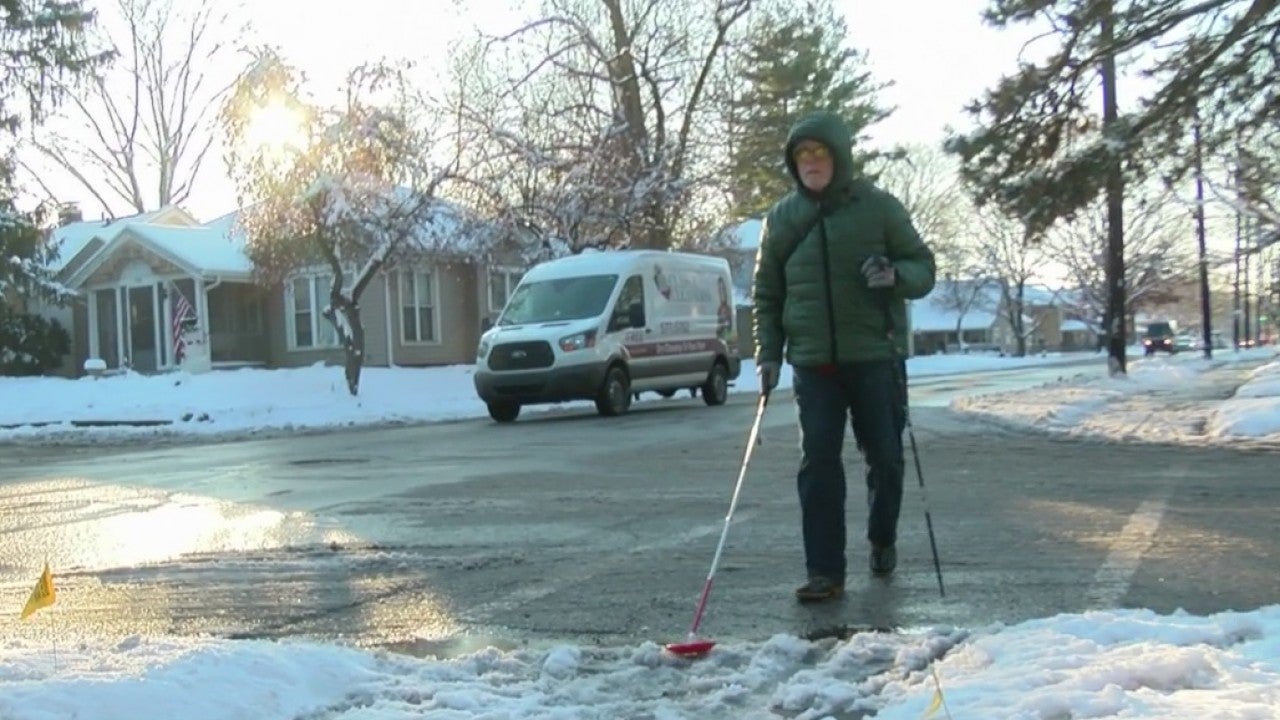 INDIANAPOLIS (WISH) — Many people rely on sidewalks to get from point A to point B.

When those sidewalks are covered in snow, it can make dog-walking, jogging or just walking to the bus dangerous. And in Indianapolis, clearing the sidewalks in front of your home or business is your responsibility.

“There’s lots of ice, slush, not draining along the sidewalk,” said Angela Patterson.

For some people, trekking through the unshoveled sidewalks around the icy is just an annoyance.

But for Steven Cooper, who has vision loss, it’s a different story.

Cooper says the majority of the sidewalks around Broad Ripple aren’t shoveled.

“The sidewalks are pretty treacherous. Also the businesses, the contractors that plow for them, (they) plow the sidewalks closed, so I have to walk on the streets to get around them,” Cooper said.

According to city ordinance, all sidewalks outside of the Mile Square are the homeowner or business operator’s responsibility and should all be cleared off. People have 10 hours after the last snow falls to get them cleared.

“Residential areas, the responsibility is really on the neighbors. So we ask people to be a good neighbor. When they are shoveling their sidewalk, maybe get the person next to them as well,” said Ben Easley with the Department of Public Works.

According to the ordinance, if it snows after 7 p.m., business operators and homeowners must shovel sidewalks by 9 a.m. the next day.

If you don’t shovel, you could be forced to shell out a $50 fine.

“I think it should be up to the homeowner, but I know some people aren’t able to do that, so maybe if their neighbor could help that out, that would be a start,” said Patterson.

“I don’t like to have to pay taxpayers’ money to have the sidewalks shoveled, but if the homeowners won’t do it, then maybe the city should,” said Cooper.

Officials say the city will give a few extra days if it’s not safe to be outside for people to get sidewalks shoveled.